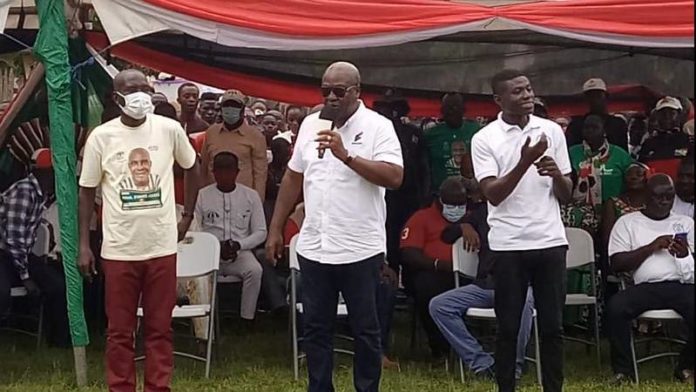 The flagbearer of the National Democratic Congress (NDC) Mr John Dramani Mahama has rounded up his four-Days tour of the Western North Region with a call on Ghanaians to vote massively for the NDC.

At all the places visited, the former President was met with enthusiastic supporters to welcome him.

Speaking at separate durbars organised in his honour at Wiawso, Karlo, Enchi, Bodi, patakro, Mafia Bonzian and Bonsu-Nkwanta, the flagbearer assured that the next NDC government would revive the cocoa sector and form Gold Board to regulate the activities of small scale mining to employ more people.

Mr Mahama promised to continue with all the cocoa Roads in the area that have been abandoned by the current government and called on them to bring back the NDC to power to enable it complete all the abandoned projects.

He said the next NDC administration would introduce what is called the “Adwumapa” programme, which would provide employment opportunities for the youth.

He also indicated that if the NDC wins the December polls, they would give all ceased mining concessions back to their owners and ensure transparency in the Mining industry, since according to him, the mining sector could create over one million jobs.

“The next NDC government would include private schools in the Free Senior High School policy and improve upon communication networks in the Western North Region”.

Mr Haruna Iddrisu, Minority Leader said the signs were clear that the former President would rescue Ghana from the Akufo-Addo led administration. 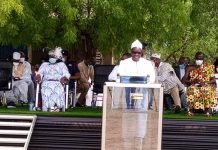