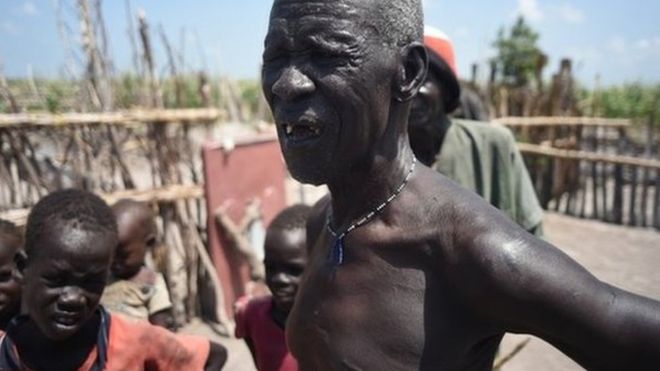 Aged just six or seven years old, most of them had lost their parents to the marauding band of soldiers, and trekked over one thousand mile barefoot to Ethiopia for safety. The boys, mainly from the Dinka and the Nuer tribes in southern Sudan, were called “The Lost Boys of Sudan”, owing to their name and circumstance.

Achok Thuch Garang, from Jonglei State, is one of the boys who survived the exodus that saw half of them dying before they reached refugee camps where they could find help.

“We walked for three months to the UN refugee camp in Panyinda, Ethiopia, where we stayed for two years. After the overthrow of the Mengistu regime, the new government kicked us out of the country,” Garang told Xinhua Monday in Nairobi.

The boys began the reverse trek back to Sudan, but de-toured to Lokichoggio in northern Kenya where they were settled at the Kakuma Refugee Camp.

“We fought off unspeakable dangers along the way. We survived on wild fruits and roots and drunk dirty water. Many drowned and were eaten by crocodiles in Gilo River,” Garang narrated.

He said those who survived Gilo River in Ethiopia were consumed by the effects of hunger, dehydration and exhaustion. Some were attacked and killed by wild animals, yet many were caught in the crossfire of fighting forces.

Garang is in Nairobi to give a presentation on armed conflict and its impact on children, youth and their families on the sidelines of the International Conference on the Impact of Armed Conflict and Terrorism on Children and Youth.

Experts and delegates from 30 countries have gathered in Nairobi to share experiences and highlight the impact of armed conflict on children and youth, and recommend ways to reduce the psychological, health, educational and social impacts on children.

The meeting also hopes to look at the strategies being used to prevent armed conflicts and terrorism globally.
Garang is one of the 3,000 young men who were relocated to the U.S. in 2001 by the International Rescue Committee to begin a new life in cities across the country.

Garang, now 33, is a graduate of University of Colorado where he majored in economics.

“After college, I started a non-profit organization, Seeds of South Sudan, to help take the refugees out of the Kakuma Refugee Camp for quality education around Kenya, especially in Nakuru town to a school called Roots Academy where I have already settled 65 children,” he said.

Dr. Philista Onyango, Regional Director with Protection against Child Abuse and Neglect, one of the supporters of the meeting, said no child in the world should be allowed to undergo physical and psychological trauma.

“All efforts to protect the child to meet their basic rights must be put in place where all decisions made are for the paramount importance of the child,” she said. Enditem