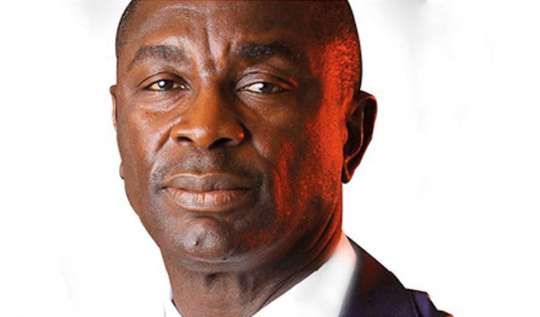 Prince Kofi Amoabeng, former Chief Executive Officer of UT Bank who is being held for allegedly stealing $8.6 million and GHC51 million belonging to customers is to appear before an Accra High Court.

he has instructions from his superiors that Amoabeng would now be put before the High court.

ASP Nyamekye therefore prayed the lower court to discharge the accused person and for the charges before it to be withdrawn.

Amoabeng was however not in court today. Defence Counsel Mr. Addo Atuah informed the court that his client was unwell and was at the hospital.

According to Mr Atuah the accused was not in court because, he has just been taken ill and was in the hospital.

“He is also throwing up and I believe it could be as a result of something he might have taken the previous day,” he said.

On the discharge of the accused person, Counsel said that they had nothing to say; “It was the state that brought us here”.

Amoabeng who made his first appearance on January 14, this year, has however denied the charges with the amount involved being up to the tune of GH¢51,334,338.00 and $8.6 million.

The lower court presided over by Mr. Emmanuel M. Essandoh admitted him to bail in the sum of GH¢110 million with two
sureties.

The sureties, according the court, should be public servants earning not less than GH¢2,000.00.

It further ordered the former UT bank boss to deposit his travelling documents to the Court’s Registry and to report to the Police every Monday and Friday.

PriceWaterHouse and Coopers through the Bank of Ghana into suspicious transactions relating to UT bank.

According to prosecution, UT Bank engaged in some off-balance sheet transactions log, issuing investment certificates to investors in the name of the bank.

Prosecution said it was disclosed that UT bank though issued investment certificates in the name of the Bank, the amounts were never credited to the customers’ account of the bank but transferred to UT Holdings.

According to prosecution, it was further revealed that the customers’ monies were with the UT Holdings and that most of the investment with UT Bank were however absorbed by Ghana Commercial Bank as part of the takeover of UT Bank in 2017.

Prosecution said the rates of interest issued to each investor varied and was subject to negotiation.

Coup plot: my clients had gone to work during the meeting – Defense counsel