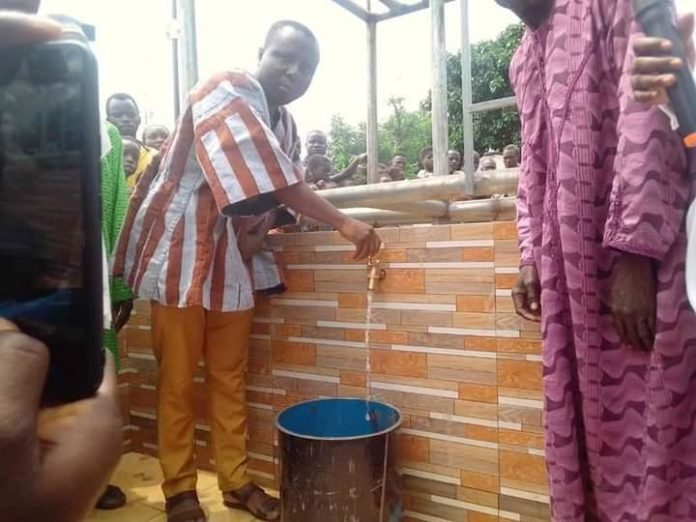 Management of Crime Check Foundation (CCF) has constructed a water facility for the residents of Wofugumani, a farming community in the Tamale Constituency in the Northern Region.

The community before the facility risked a pandemic because they share the same source of drinking water with animals.

Mr Ibrahim Oppong Kwarteng, the Executive Director of CCF assured the residents that CCF would continue to address other pressing needs of the community.

“We want to assure you that this is not going to be the last, we are going to come here to attend to the pressing needs of the community,” he added.

He expressed the hope that the intervention would go a long way to help reduce water-borne diseases if not completely eradicate it.

He told the GNA that the inhabitants of the deprived area had been relying on an infected river as a source of drinking water.

He said it was for this reason that CCF embarked on a GHS 15,000 water project to ease their challenge.

“The situation of this community is heartbreaking. We will not wait for people to die before we reach out to them. If that happens, then, it means we have gone contrary to what the various religions stipulate in their Holy Books,” he added.

He said the residents have to trek miles to access the brownish river which had both human and animal faecel matter in it.

This according to them has brought untold hardship to them as they have to spend their little savings in seeking medical treatment for their children, who were mostly affected by water-borne diseases.

Mr Alhassan Suhuyini, the Member of Parliament for the Tamale North Constituency commended the management of CCF for the timely intervention.

“I also commend them for their kind donation to address some of the concerns of the community,” he said.

Solar mechanised borehole has been constructed at Kpatinga