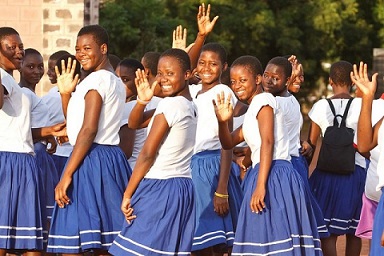 Disturbing cases of incest and defilement have attracted the displeasure of a health-centred non-governmental organisation to lead a vigorous campaign to save girls from sexual exploitation in the Bono Region.

Accordingly, the Reproductive Needs and Fitness Foundation (RENEF) set up by a group of health workers has launched the “beyond 16 days of activism against gender-based violence” campaign to identify cases of sexual violence against girls, support victims and facilitate prosecution of perpetrators.

Prosecution of the perpetrators of sexual violence against girls, the NGO, established in 2006 and works to enhance good health, particularly reproductive health through public education, believed would greatly help bring cases under control in the region.

Mrs Irene Bonsing, a health worker, and the Public Relations Officer of RENEF said the Foundation rescued a 16-year-old teenage girl impregnated by her biological father and was compelled to terminate the pregnancy.

“She was again impregnated for a second time and due to continuous sexual abuse by the father, she had to be hosted by the Compassion is Love in Action Orphanage until she gave birth. We stepped in and the baby is six months old, while the mother has since been assisted with items to get her back to school,” she said.

Mrs Bonsing said the Foundation was also following a case where a man allegedly defiled a 13-year-old girl, while still in an intimate relationship with the victim’s mother.

“The man in question also has two kids with the same victim’s mother and he has been physically abusing the woman to the extent of hospitalization and we are making arrangements for the woman to get an apartment and to set up a hairstyling business for her”.

These cases and many more, Mrs Bonsing explained were what the Foundation sought to sensitize the public on, in the next couple of months and years ahead to motivate all and sundry to report forms of abuses, neglect, exploitation and violence against girls to the relevant institutions for the law to take its course on perpetrators.

Assistant Superintendent of Police (ASP) Beatrice Korsah, the Bono Regional Coordinator of the Domestic Violence and Victims Support Unit (DOVVSU), who confirmed the story told the Ghana News Agency (GNA), the case involving the 13-year-old girl had been referred to the Attorney General’s office for advice, while the perpetrator had been granted Police enquiry bail.

Though she declined to give details of the case, ASP Korsah said cases of gender-based violence and sexual abuse among girls remained worrying at the community levels in the region and, therefore, advised traditional authorities to support the DOVVSU to identify such cases and prosecute perpetrators to deter others.

She expressed worry about interventions by some chiefs and queens in handling cases of domestic violence and asked them to stop the practice for the perpetrators to face prosecution.

Madam Justina Owusu-Banahene, the Bono Regional Minister, who launched the campaign lauded the campaign and commended the Foundation, saying adolescents’ knowledge and access to reproductive health service was important for physical and psychological well-being.

Mrs Mary Boakye, the President of the Foundation, explained the activities of the Foundation aimed at helping the nation to achieve the Sustainable Development Goals (SDGs) and appealed for assistance from governmental sources and other NGOs to support its activities to make an impact in the region.