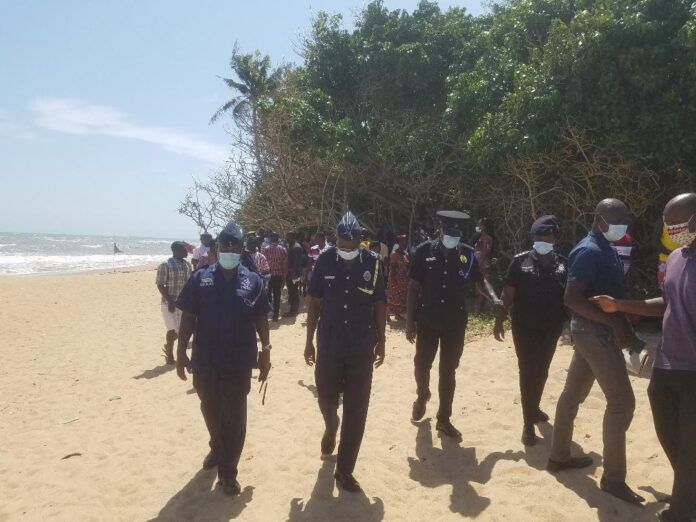 Four of six children, who went swimming in the sea on Saturday at British Komenda in the Komenda–Edina-Eguafo-Abrem Municipality of the Central Region, had drowned.

They were said to have swum at the sacred portion of the sea at the blind side of their parents and community leaders when there was a big funeral in the town.

Deputy Commissioner of Police (DCOP) Kojo Antwi Tabi, Central Regional Police Commander, confirmed the incident to the media when he visited the scene and commiserated with the families of the deceased.

The Police said two of the children were rescued and sent to the hospital where they were treated and discharged but two bodies, a male and a female had washed ashore while two others were reported missing.

The bodies of the two, identified as Enock Baffoe aged 13 and Gloria Mpanyin 15, have since been deposited at the Cape Coast Teaching Hospital morgue.

The Regional Commander said there was a joint Police-fishermen patrol team, which occasionally patrolled the beach and indicated that the children might have sneaked to the beach at the blind side of the patrol team.

He assured that the Police would intensify its collaboration with the Chief Fisherman and other leaders in the community to provide vigorous patrol at the beaches to stem such incidents.

DCOP Tabi expressed worry about the recent incident of drowning in the region and advised parents to be extra vigilant in monitoring their children, particularly during the rainy season when the sea levels were high.

He also called for an intensified and continuous education for residents in the coastal communities.

Kwodwo Mbea II, Chief Fisherman of British Komenda, expressed shock and indicated that the area where the children got drowned was a sacred place, where sacrifices were offered occasionally, adding he did not expect the children to go swimming there.