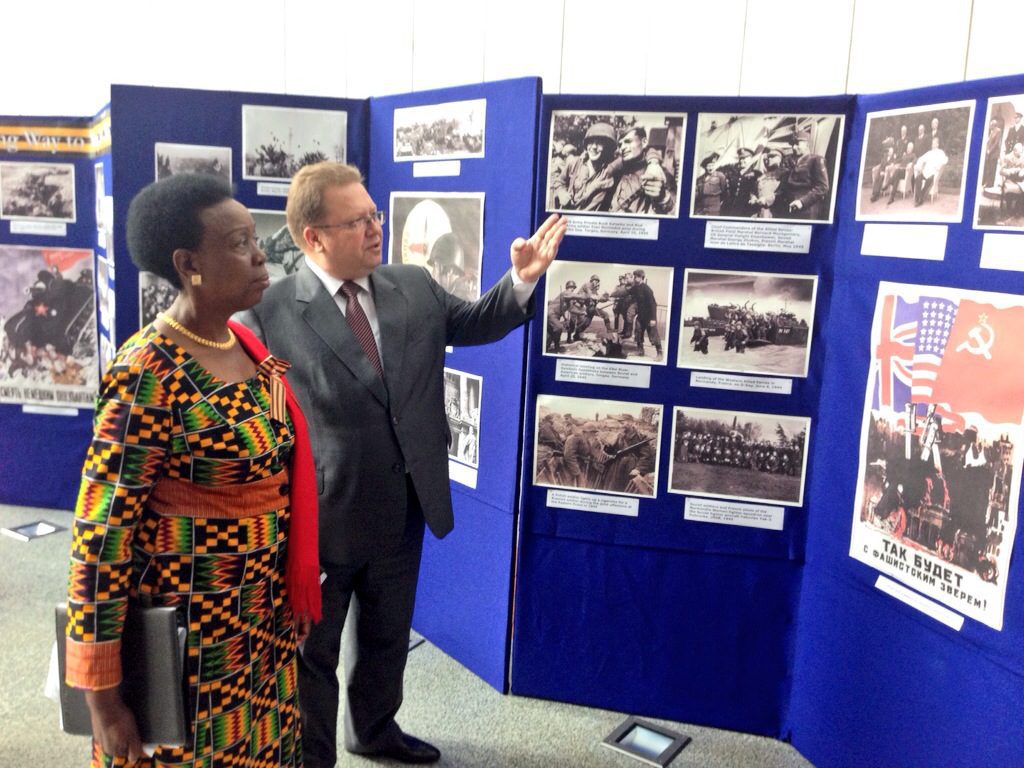 The Embassies of Russia, Belorussia, Kazakhstan and Azerbaijan in Ethiopia have jointly organised a three-day exhibition of photos and posters titled: “The Long Way to Victory 1941-1945” devoted to the 70th anniversary of the end of the World War II in Europe. The event was held in at the African Union Headquarters in Addis Ababa, Ethiopia, a statement form the Embassy in Accra and copied to the Ghana news Agency said.

“The exhibition not only introduces wartime posters and photographs taken by various photo journalists, but also visually demonstrates the most topical slogans, the most striking cries with which Soviet soldiers went into battle, died and defeated the enemy and, finally, achieved a complete victory in the biggest and most tragic war in world history,” the statement said.

“The forthcoming 70th anniversary is an event of major significance for all countries in the world. WW2, unprecedented in scale and cruelty, was a huge tragedy for humankind. It involved more than 60 nations, and took lives of 35 to 60 million people.

“For Russians and other former Soviet people, this was a battle for the freedom and independence of their motherland, a war for their very existence.

“World War II is a great example for all people and a great lesson of the 20th century. The consequences of this tremendous historical drama had the most direct influence on the course of world history, including the development of international relations.

“Seven decades have utterly transformed the entire world. But still the victory over Nazism is a lesson that is significant today, when there are those who are interested in rewriting history in order to achieve their own political goals,” the statement said.

It said the main idea of the exhibition was not only to pay tribute to those who sacrificed their lives for the freedom and wellbeing of humanity, but also to show what ugly consequences may rise from the wish of world domination.

The event raised significant interest of African Union officials and participants of various conferences taking place at the African Union in Addis Ababa.

During the inauguration of the exhibition in April 14, Russia’s Ambassador to Ethiopia and Plenipotentiary Representative to the African Union, Mr V.I. Tkachenko, gave a speech about the historical significance of the Great Victory.

The opening ceremony was attended by the ambassadors of Azerbaijan, Belarus and Kazakhstan, employees of embassies of the states, and officials of the Commission of the African Union among others.