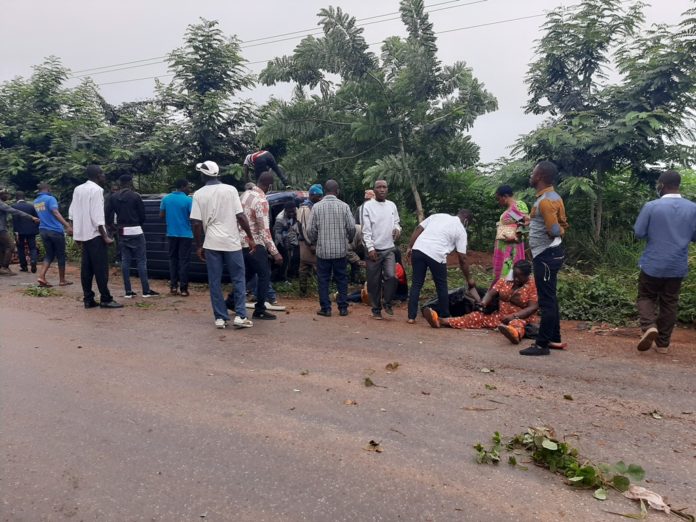 Four people sustained severe injuries in an accident involving a Toyota Hiace bus on the Koforidua-Mamfe road in the Akuapem North District of the Eastern region.

Eye witnesses told the Ghana News Agency that the accident occurred when the driver of the vehicle bumped into a pothole whiles approaching a curve at Kwamoso, a section of the road resulting in the vehicle somersaulting several times and landing in a nearby bush by the roadside.

Frederick Amissah, a passenger on the vehicle, told GNA that he was asleep when he felt the car had hit a pothole, “and all I could see when I opened my eyes was the car somersaulting to the other side of the road”

All fifteen passengers’ sustained injuries but that of four were severe and they have been rushed to the Tetteh Quarshie Memorial Hospital, at Mampong for treatment.