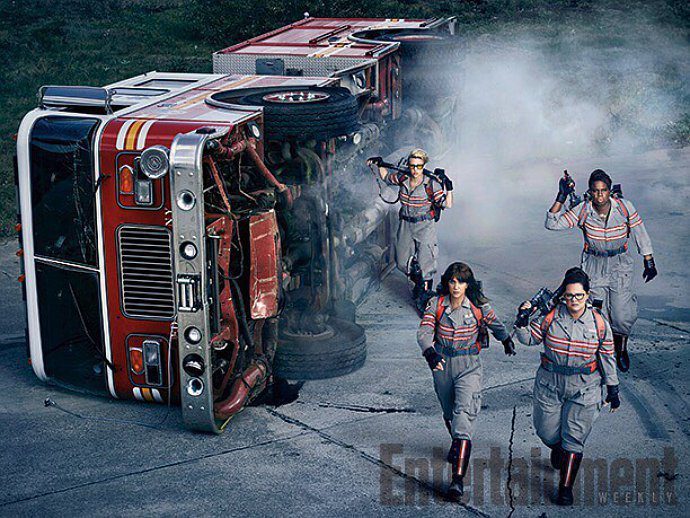 Sony Pictures has released a new picture of “Ghostbusters (2016)”. Making its way out via EW, the photo features four lead female characters, who have taken over the role of four badass guys in Ivan Reitman’s original film.

Additionally, the site offers some details about who the all-female ghost hunters will fight against when they kick off their investigation in the upcoming movie. According to the site, “dead criminals from all eras of New York’s under-belly past have returned to roost among the living in Paul Feig’s ‘Ghostbusters’ reboot. Pilgrims, old-timey sailors, Revolutionary War spirits, and even a couple of zoot-suited gangsters are ready to take on four formidable female busters looking to rid the city of its phantasmic filth.”

Many fans of the original movie have doubted the abilities of the four lead actresses to take over the franchise, pointing out that women might not have good comedic sides like men did. Though so, McCarthy looked pretty optimistic about the matter. “If this doesn’t work, we go back and lose our [right to] vote,” she said. “I’m talking pre-suffragette.”