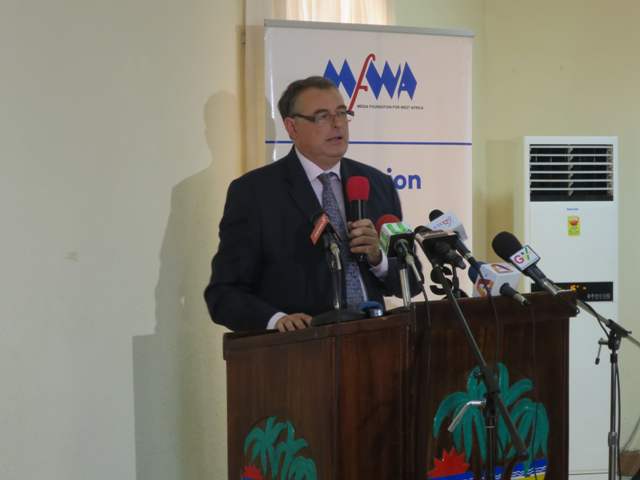 Mr François Pujolas, the French Ambassador, has underscored the indispensable role of the Ghanaian media in the nation’s 2016 general election.

He was of the view that this was made possible in part due to the important role of the media in encouraging abuse-free language during the period.

Speaking in Accra during a Post-Election Media Forum and Awards, 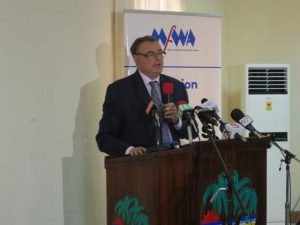 congratulated Ghana for another seamless transfer of political power, which he believed had further deepened the country’s democratic process.
The forum was organised by the Media Foundation for West Africa (MFWA).

It brought together stakeholders such as the Electoral Commission and the Ghana Police Service, to deliberate on how the media covered the elections, the challenges, lessons learnt and recommendations on how the media could do better in deepening Ghana’s democracy.

The event on the theme: “The Media and the 2016 Elections: Challenges, Lessons and Prospects for the Future,” was chaired by the Chairman of the National Media Commission, Mr Kwasi Gyan-Apenteng.
The Post-Elections Media Forum and Awards was organised with funding support from STAR-Ghana and the Embassy of France.

Mr Pujolas said: “I have no doubts that this language monitoring campaign, including statements and meeting with stakeholders has played a key role in the result of peaceful elections.”

He encouraged media houses to exhibit even better professionalism in subsequent years.
“I believe that there are no democratic elections without free and pluralistic Media, but the Media must themselves exercise self-restraint and show a sense of responsibility,” he said.

He said France along with other donor partners was proud of its involvement and collaboration with the media to promote peaceful political discourse.

Mr Sulemana Braimah, the Executive Director of the MFWA urged the media to position themselves for what is even more important in the enterprise of democracy.

He said the success story of Ghana’s 2016 general election would be attributed to the efforts of various stakeholders such as the media.

He urged the media to continue to hold duty bearers accountable to promises made, to their constitutional obligations and ensure participatory governance.

Within the context of long-standing relations between Ghana and France and in keeping with its unwavering commitment towards the consolidation of good governance and the rule of law in Ghana, the French embassy in 2016, provided financial support of GH? 52,000 (€12,000) towards an initiative labelled “Promoting Decent Language and Issue-based Campaigning for Peaceful Elections in Ghana”.

The initiative was the brainchild of the MFWA.

MFWA is the largest non-governmental entity dedicated towards the promotion and defense of the right to freedom of expression of all persons, particularly the media and human rights defenders in West Africa.
To help in its implementation, a group known as the Eminent Media Persons for Peace, which was made up of distinguished personalities on the Ghanaian media landscape was formed.

The group met journalists, radio talk show hosts and owners of radio stations in some regions, in order to sensitise and create awareness on the rules pertaining to democratic, tolerant, unprovocative and non-violent political dialogue in the public domain.

Indeed, it goes without saying that at a point in time, there hung clouds of uncertainty as to the outcome of the Ghanaian general election and the sustainability of peace thereafter in the country.
Therefore, having taken into consideration the influence of the media, especially via the radio in consolidating or jeopardising peace as happened in the case of the infamous 1994 Rwandan genocide, these efforts were aimed at improving professional standards and promoting independent journalism in Ghana in a bid to ensure peace before, during and after the election.

Mr Harruna Abubakari Sadiq, the Managing Director of North Star FM on behalf of his colleagues expressed gratitude for the honour done them.