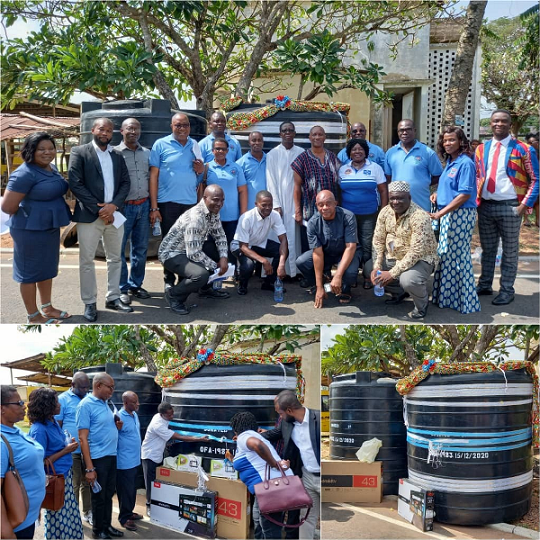 The 1983 and 1993-year batches of the St. Francis College of Education (FRANCO) old students association in Hohoe, have presented items to their alma mater to enhance teaching and learning.

Mr Matthias Atimah, Chairman, Old Francan Association (OFA, 1983), making the presentation said “wherever your umbilical cord is buried, you should always try to chase it. This is not the first of its kind and won’t be the last.”

“We need to acknowledge the good work that the name of this institution has given to us. It has taken us far and wide and there is nowhere nor institution you will go and not see a Francan.”

Mr Atimah commended the teaching and non-teaching staff, students and stakeholders whose tireless efforts had made the name of the School stand tall among other schools nationwide.

He said the Group would continue to support their alma mater and provide the needed support they could.

Mr Anthony Dzatse, OFA 1993, said the gesture was to give back to where they were groomed to become responsible leaders.

He said the television sets were for the offices of the Principal and Secretary to the Principal, adding that the Group would also supply air-condition machines for the two offices soon.

Mr Dzatse said the televisions would also enhance research to aid academic activities, adding that the 1993-year Group would continue to support the School.

Mr Sylvester K. Mawusi, Vice Principal of FRANCO who received the items on behalf of the School, expressed gratitude to the Groups for their support.

He said the donation served as an assurance that the School had a backbone who are ready to help their alma mater, adding that the things presented were things they needed.