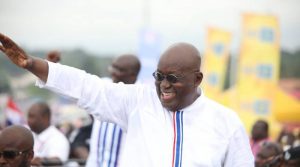 A Free, fair and transparent election devoid of disputes is pivotal to the cohesion of Ghana, President Nana Addo Dankwa Akufo-Addo has stated.

Speaking virtually at the Annual Conference of the Ghana Bar Association (GBA) on Monday in Accra, he noted that significant enhancement of Ghana’s electoral process since 1992 had engendered increasing trust and confidence by the citizenry in the process of electing leaders.

The President held that the multiplicity of media outlets, the influence of social media, the existence of transparent ballot boxes, the decentralized nature of tallying and tabulation, and the mode of voter verification, coupled with the compilation of new voters ‘register ahead of the conduct of the December polls would prevent needless disputations.

“All of these enhanced processes have strengthened the cohesion of the nation. They have also repudiated as fallacious the contentions expressed at various times of our history that democratic governance would breed instability and ethnic conflict,” he said.

President Akufo-Addo noted that Ghana had been largely spared the havoc wreaked on some African nations due to electoral disputes because “we have the good sense of the Ghanaian people to thank for this, and we must continue to act as checks and balances for one another.”

He urged candidates, voters and citizens not to take Ghana’s food fortune for granted, but to conduct themselves ourselves in a manner that fosters unity, irrespective ethnic, religious, gender or political differences and affiliations.

To the President, the crucial test for Ghana was the negotiation of an acceptable interface between elections and democratic governance, institution-building and development, poverty, jobs and economic growth, to enrich the dignity of the Ghanaian.

“There are many examples of countries around the world, where that stable period of constitutional government and intelligent management of the economy led to general prosperity. We, in Ghana, can profitably emulate them, for we can make it, if we work at it.”

The President was happy that the political stakeholders had agreed on the necessity to hold the December general election as scheduled despite the coronavirus pandemic, to strengthen the advancement of constitutional order.

He reassured Members of the GBA Bar of his Government’s commitment to ensure the peace and stability of the nation before, during and after the elections to uphold and maintain Ghana’s reputation as the pacesetter in democratic governance on the continent.

“When my time is up, hopefully, after four more years, I want to hand over to my successor and the sovereign people of Ghana, a country that is greater, fairer, stronger, more cohesive, more prosperous and more united than I met it in 2017. This is the solemn undertaking to which I have committed myself,” he said.