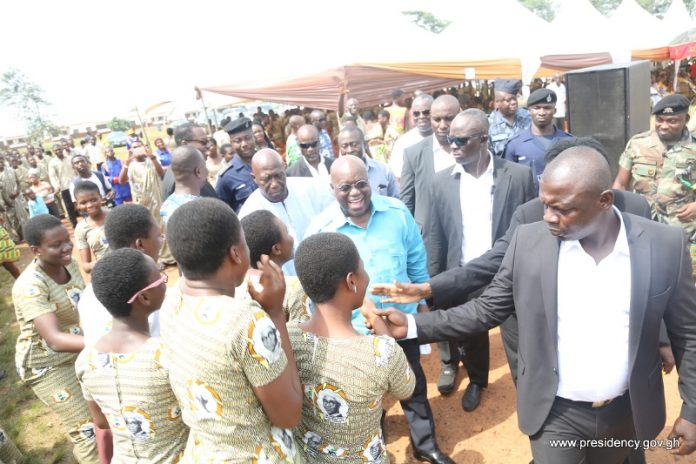 The enrolment in public Senior High Schools (SHSs) in the Berekum East Municipality has increased because of the implementation of the Free SHS programme.

Mr Adjei was speaking at a “Meet the Press” series held under the theme: “Government’s Policies, Programmes and Projects”, and aimed at enhancing good governance in the Municipality.

It was attended by people of different backgrounds, including assembly members, security personnel, private employers and employees, the media and the general public.

Mr Adjei said the general performance of candidates at the Basic Education Certificate Examination (BECE) continued to improve as current result had exhibited a massive improvement because the figure now stood at 88.26 per cent, compared to 82.13 per cent in the previous academic year.

Meanwhile reporting on the implementation of other government’s flagship programmes and policies, Mr Adjei said the Assembly has distributed 167,463 cocoa seedlings to 933 farmers this year.

He said they comprised 497 males and 436 females under the Planting for Export and Rural Development (PERD), adding that Agriculture Extension Officers had been employed under the Modernising Agriculture in Ghana (MAG) programme to offer technical assistance to the farmers.