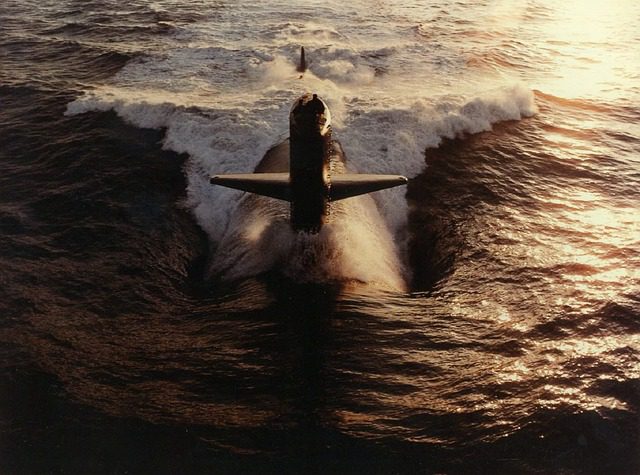 French defence minister Florence Parly has postponed a meeting with British counterpart Ben Wallace as the international fallout from the row over a lucrative submarines contract continues.

France has been left fuming after Britain, the US and Australia agreed a new pact, which includes the development of nuclear-powered submarines – a deal which tore up an agreement for Paris to supply Sydney with diesel-electric boats.

Defence Secretary Wallace and Parly had been due to hold a bilateral meeting and address an event held by the Franco-British Council.

The council’s co-chair Lord Ricketts, a former British national security adviser and ambassador to Paris, confirmed the gathering had been “postponed to a later date”, The Guardian reported.

A defence source told the PA news agency that “the meeting is postponed, not cancelled” and highlighted the strength of the UK military relationship with “trusted allies” France, including operations in Mali and complex weapons development.

“We work closely with the French in many areas,” the source said, adding: “They are an important ally.”

“The relationship with France, as I say, all bilateral relationships go through periods of tension, that is the inevitability of relationships, just as it is,” he told the BBC.

“On a personal level, I have absolutely no doubt that, ultimately, our relationship with France will endure, but this is about making sure that we have a really strong defence relationship with two very, very important defence partners.”

He added: “The bottom line is, ultimately, the UK and France have many shared interests, I’m sure that will come to the fore.”

Prime Minister Boris Johnson urged French President Emmanuel Macron not to “worry” about the Aukus military alliance Britain formed with the US and Australia.

The Prime Minister insisted Anglo-French relations were “ineradicable” on Sunday after France suggested Britain was a lapdog to Joe Biden’s White House during a verbal attack.

In a rare step among allies, Macron ordered the recall of the French ambassadors to Washington and Canberra after Australia pulled out of its 30-billion-pound submarine agreement with the French.

No such step followed for London, and France’s Europe minister Clement Beaune suggested it was because Britain was the “junior partner” which had accepted its “vassalisation” by the US.

But Johnson insisted Britain and France have a “very friendly relationship”, which he described as being of “huge importance”.

“Our love of France is ineradicable,” he told reporters as he travelled to the UN General Assembly in New York.

“Aukus is not in any way meant to be zero-sum, it’s not meant to be exclusionary. It’s not something that anybody needs to worry about and particularly not our French friends.”

New Foreign Secretary Liz Truss touched down in New York alongside Johnson as they both prepare to meet US President Joe Biden in Washington on Tuesday.
She will also attend the UN summit, where she will come into contact with the French, though the extent of any planned conversations was unclear.

French foreign minister Jean-Yves Le Drian described the deal as a “stab in the back” and constituted “unacceptable behaviour between allies and partners”.
In an interview with France 2 television, Mr Le Drian accused Australia and the US of “duplicity, disdain and lies” and said the recalling of France’s ambassadors “signifies the force of the crisis today”.

He said allies “don’t treat each other with such brutality, such unpredictability, a major partner like France … So there really is a crisis”.