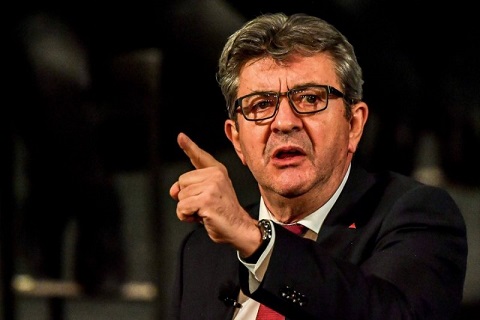 Jean-Luc Melenchon, the leader of France’s radical left opposition, said Sunday he would run for the presidency in 2022 if 150,000 people support his candidacy in an online petition.

He said he wanted citizens to be able to nominate candidates. “I want to contribute to us looking forward to the future once again,” he wrote in a statement.

It will be the third time the 69-year-old has stood for president. In 2017 he received an unexpected 7 million votes in the first round, though it was not enough to reach the run-off which was ultimately contested by far-right leader Marine Le Pen and eventual winner President Emmanuel Macron.

Le Pen has already announced her candidacy for the 2022 election. Melenchon was born in 1951 in the Moroccan city of Tangier and moved to France at the age of 11. He studied philosophy and worked as a teacher before entering politics.

A long-time member of the Socialist Party, he contested the 2017 election as leader of his own left-wing alliance La France Insoumise (LFI). He is currently parliamentary leader of the party in the National Assembly.

Melenchon was last year given a three-month suspended sentence for resisting and intimidating a judge and a policeman during a search of his party’s offices over suspicions of financial misconduct.

The episode damaged his credibility, with video footage of his response to learning that his party’s headquarters were being searched showing him shouting “I am the Republic!” at a police officer guarding the door and trying to force the door open.