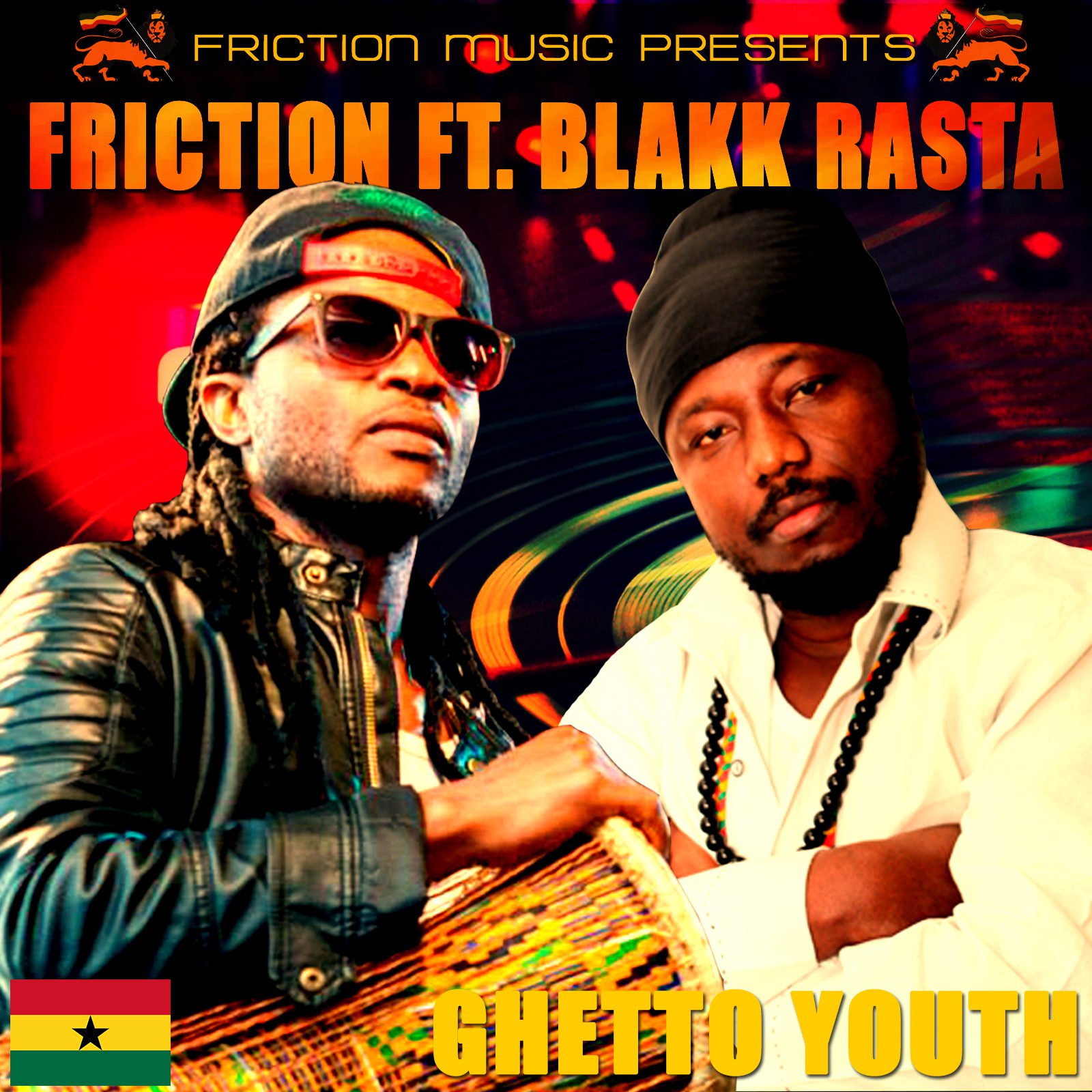 A couple of months after Friction released the catchy lovers rock reggae song ?I Love You? featuring CASiTA, he is out again with another powerful reggae song: ?Ghetto Youth?.
?Ghetto Youth? is produced by one of Ghana?s best producers, Zapp Mallet, and features the famous Ghanaian reggae artist Blakk Rasta. The song consists of a very inspirational message to all the youths growing up in a challenging environment. As a guy who grew up in one of Ghana?s big ghetto?s himself, Friction knows better than anybody else how hard it is to stay on the right path and how much hard work it takes to come further in life.
?Growing up in Nima/Mamobi was not easy, but I really believed in my vision of having a career in music, so I woke up every day committed to stay focussed on that goal. That has always kept me from being distracted by bad things?, Friction says.
?But I know there are also a lot of children who grow up in a negative surrounding, with bad role models, and with no believe in themselves and their dreams. They end up going for the quick money through selling drugs, robbery, prostitution, or something like that, which will let their life go from bad to worse. I hope this song will motivate the youth out there to stay on the right path and work hard for whatever they want to achieve.?

Blakk Rasta
Friction knew from the beginning that he wanted Blakk Rasta to feature on this song. ?I have always followed his moves in reggae music. And I know Blakk Rasta has always been a very positive role model to ghetto youths himself, focussing on his education and inspiring others to do so as well. So I felt like he would fit perfectly in this reggae song and the conscious message of it.?

Friction is known for his mix of reggae and afropop, and for his many accomplishments in the international music scene. As a teenager he founded the group VIP (Vision in Progress), one of Ghana?s most popular music groups. After being their frontman for a couple of years he went solo, and continued to follow his musical visions. In 2006 he got admitted to the Dutch Music University ?The Rockacademy?, as the first African artist ever. Over the years, Friction has performed on a lot of festivals in Europe, his songs have got worldwide airplay, he was the support act of the legendary I Jan Man Levi and Morgan Heritage, and he has appeared in several radio and tv shows, such as the Dutch X Factor and the talkshow De Wereld Draait Door.
In 2013 Friction released the reggae-single ?Life is not easy? featuring Guru, which got nominated in three categories on the Ghanaian Reggae and Dancehall Bass Awards and is still being praised worldwide for its recognizable message and accompanying video.
A couple of months ago, Friction released the lovers rock reggae song ?I Love You? featuring award winning soul singer CASiTA. The song and video are still receiving worldwide airplay, and even got Cocoa Tea reaching out to Friction on twitter, praising the song.

Growing up in the ghetto himself, and now having his music played on stations such as BBC Radio, MTV Base and Channel O, and performing with his band all over Europe, Friction is a perfect example of a ?ghetto youth? who has come far in life. And therefor, without a doubt, he surely will get his message across to a lot of kids who are struggling in life.
Be on the lookout for the video of ?Ghetto Youth? which will be out soon!

Gyakie and Black Sherif have been buried – Blakk Rasta

Shatta Wale is not a proper musician – Blakk Rasta

According to Stonebwoy, He has never paid payola before