Food Sovereignty Ghana (FSG) has congratulated all gallant farmers as the country observed the 35th edition of Farmers Day.

According to FSG, the role of the farmer cannot be underestimated. Hence there is the need to acknowledge and recognise the tremendous contribution farmers have made in the country.

Below is the full congratulatory message.

Food Sovereignty Ghana (FSG) salutes all farmers of the nation on this 35th edition of Farmers Day. Indeed we acknowledge and recognise the unique contribution that farmers make to our daily lives and general welfare.

As a predominantly agrarian society the role of the farmer cannot be underestimated. We especially single out the efforts of the small holder farmers who continue to carry the burden of feeding the nation despite the myriads of challenges they face each day.

With the reality of climate change upon us, FSG wishes to repeat our call for a change in policy in our agriculture to adopt agroecology. This is the most sustainable form of food production for the planet and we fully agree with the United Nations Report on Sustainable d Development which recommends a dynamic shift away from commercial inspired agriculture with its increasingly great resource, harmful inputs, to an agroecological system that takes the well-being of the surrounding environment into consideration. It is instructive to note that as we celebrate this year’s Farmers Day, many farms no longer resemble what they looked like only one generation ago in terms of the organic flora and fauna that coexisted there. The critical role played by organisms such as earthworms and bees is increasingly under threat as the use of dangerous pesticides and herbicides is fast eroding their populations. Farmers no longer find mushrooms or snails on their farms.

Specifically it is important in our role as a civil society organisation working for social justice to highlight the extreme danger posed by our continued use of chemicals like Glyphosate in products such as Roundup, which are now officially considered to be carcinogenic. In a landmark case in the USA a few months ago a court awarded a couple an unprecedented amount of two billion US dollars for compensation, where the dangerous chemical Glyphosate was found to have caused their cancer. More worrying, is the court determined that the company Bayer Monsanto was fully aware of the injurious nature of this chemical despite their sustained efforts to promote it.

Indeed this must be a red flag for Ghanaians to realise that the agenda of the agribusiness lobby is to promote the sale of their controversial products despite their negative impact on human health and the environment.

The fact remains that four key areas continue to require the attention of key stakeholders, especially government. These are:
1. The provision of credit to farmers;
2. The construction of roads from farm gates to markets;
3. The provision of irrigation to increase yields;
4. The provision of post harvest technology to store produce safely and securely.

A greater attention to the challenges to farmers identified above would be a more productive use of resources, than the adoption of GMOs, which in our opinion, would be heavily misguided.

In order to have a sustainably productive agricultural industry it is of great importance for a national agenda to promote the consumption of locally grown food. While the government’s initiative of Planting for Food and Jobs is an admirable one, FSG calls for greater investment to create a local appetite and market for our produce. Greater political will is required to tackle the position that powerful lobbyists have assumed to influence policy against locally produced food.

We take the opportunity to thank all organisations working towards advancing the welfare of farmers across the nation and encourage Ghanaians, especially policymakers to recognize the important role of sustainability in planning for the industry.

For Life, the Environment, and Social Justice! 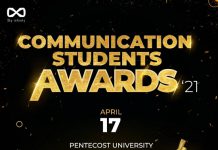 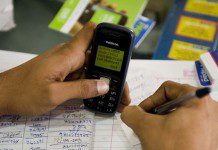 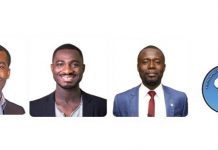 Dr.  Mensah and others to Speak at the Opportunity Summit in Ghana 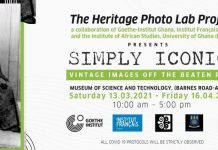