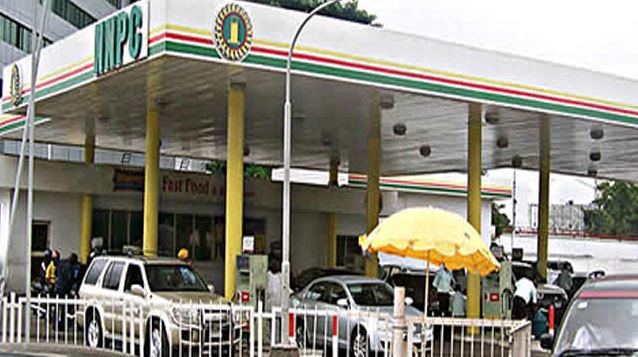 Fuel scarcity has worsened in Nigeria’s economic hub of Lagos, as long queue of motorists disturbed the free flow of traffic in some minor and major roads. Most locations in Lagos are experiencing fuel scarcity with the scarcity disrupting transport activities. In Victoria Island, most of the filling stations remained shut across the state.
It was different scenario at nearly all filling stations that had petrol to sell in the city.
As usual, motorists engaged in endless struggle for spaces to buy petrol in most of the stations visited by Xinhua reporters.
The situation disrupted traffic flow in parts of the city as queues of vehicles took greater portion of roads in most instances.
The situation also led to brisk business by black market operators with a 10-liter containers of petrol selling for between 2,000 and 3,000 naira.
Some motorists told Xinhua that they had been on queue for days and hours waiting to get petrol.
Femi Fajolu, a lawyer, said the situation was terrible.
“I got here around seven o’clock this morning, I’ve not been able to buy, my car could not even get here. Is very sad that we are going back to old terrible days, with thought we are getting out of it, but this morning as you can see, we have close to a thousand of people here, and there not selling fuel, they selling to only to their friends, which is very unfortunate,” he added.
“I think Jonathan government should ensure before he goes, that we get fuel. We cannot function, no electricity at home, there is no fuel to use your car, so how do we function? This will clash the economy if something is not done about it urgently too,” he said.
The hardships caused by the situation had aggravated, as many Lagos residents grappled with skyrocketing transport fare amidst other stalk effects of the scarcity.
Many people, who run on small generating sets due to erratic power supply from the Power Holding Company of Nigeria, are complaining that the scarcity of petrol is forcing them to spend more than they originally budgeted.
Most of the filling stations not dispensing in Nigerian economic center Lagos were hoarding the products in anticipation of a price increase.
Meanwhile, commercial motorists have begun to cash in on the situation, increasing their fares by about 20 percent. Enditem