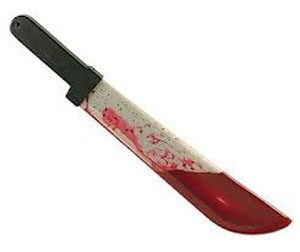 A 27-year-old Fulani herdsman, Abdul Karim, is in the grip of the Nkoranza Police for brutally attacking a woman and her daughter on their farm on Tuesday morning.

The victims, Elizabeth Akundore, 54 and her 13-year-old daughter, Barbara Akundore, are currently in critical condition at the St Theresa?s Hospital in Nkoranza.

DAILY GUIDE learnt that the Fulani man almost succeeded in chopping off the left arm of the woman and two forefingers of her daughter, Barbara, with a machete.

The police said Abdul Karim would soon be processed for court.

According to reports, the woman is a peasant farmer whose farm had been invaded by the cattle of the Fulani herdsman in recent times.

According to residents, several complaints to the Fulani man to stop sending his animals to the farm fell on deaf ears.

They said the woman and her daughter visited the farm that fateful day and saw the cattle of the Fulani herdsman feeding on her crops. In protest of the situation, the woman?s cutlass hit the Fulani man. Out of anger, the Fulani man snatched the cutlass from the woman and started slashing her.

Her 13-year-old daughter, who sensed danger, attempted to rescue her mother, but Abdul Karim slashed her fingers and nearly chopped them off when she decided to snatch the cutlass from him.

Mother and daughter were saved by some passers-by who came to their rescue and grabbed Abdul Karim and handed him over to the police.