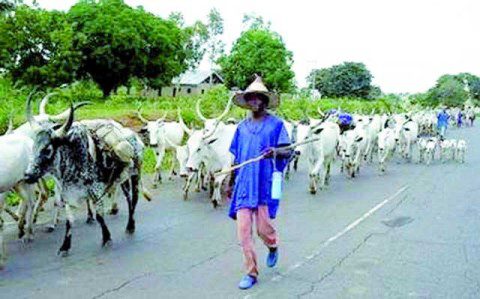 The chiefs and people of Adaklu-Kodzobi, near Ho, on Tuesday declared Fulani herdsmen

?persona non grata? in the area. A press release signed by Togbe Dzegblade IV, the Chief of the Community

and copied to the Ghana News Agency (GNA), said the community had exhausted

its patience in tolerating the persistent destruction of crops by the

herdsmen and their cattle and thus no longer wanted them on their lands.

The community took the decision after a herdsman allegedly badly injured

to destroy crops on farms in the community.

Mr Daniel Dzivor, the victim, was said to have sustained deep cutlass

continue to destroy their crops without.

The issue of Fulani herdsmen attacking members of the local communities

where their cattle graze has become a national security concern.