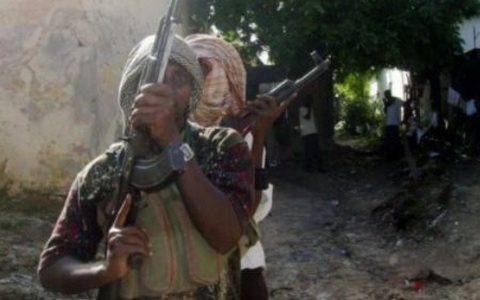 Armed Fulani herdsmen have gunned down three farmers in the Kwahu Afram Plains North District and stole their 59 cattle. When the police tracked down the criminals and set out to arrest them they opened fire on the police. The police shot back, killed two of them, arrested two and retrieved 47 of the animals together with two AK 47 rifles and ammunition.

Superintendent of Police Adu K. Baadu, the Donkorkrom Divisional Police Commander, said this when the Ghana News Agency Media Auditing and Development Tracking team visited the district as part of their Star-Ghana funded project to promote transparency and grassroots participation in governance.

He said his outfit had erected police tents at vantage points in the district to rapidly respond to distress calls.

He said they had stepped up patrols and the formation of neigbourhood watchdog committees to track down criminals and curb their activities in the area.

He said plans were advanced to set up marine police on the Volta Lake to apprehend criminals on the islands, adding that due to lack of boats for the police to safely go to the islands in the area, many criminals had made the place their safe haven after committing crimes on the main land.

The Police Commander expressed worry about the vulnerability of the district to immigrants especially the Fulani herdsmen who enter the area through Mpraeso, Agogo and Kpando.

He said the absence of an office of the Immigration Service was a big blow to the District since the immigrants had free access to the area without any check.

Superintendent Baadu said in recent times the district had suffered from criminal activities of Fulani herdsmen and highway robbery which had resulted in loss of lives and property.

?But the police are up to the task to ensure that security is heightened in this area to enable citizens live and do business without fear,? he said.

Mr Baadu said the poor nature of roads in the district made it difficult for the police to easily track criminals and appealed for the rehabilitation of the roads. GNA