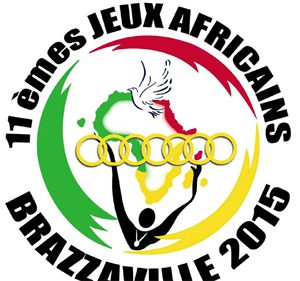 Ghana could boycott the All Africa Games in Congo Brazzaville, scheduled for September, as a result of funding. The various sporting associations have called on government to release funds for their preparations for the multi-discipline competition or forget about Ghana’s participation.

The 35 associations in said at a press conference in Accra on Thursday, that they would be forced to advise themselves given the current circumstance.

With barely five months to the start of the event, the federation presidents has set a deadline of May 15, for the released of funds to guarantee participation.

According to the Secretary of the Federation Presidents, Richard Akpokavi, several youth with talents have shattered dreams because they do not play football.

??Our athletes are Ghanaians who compete for our country, die for the flag and sometimes shed blood for us all. Whenever these athletes go out to compete they represent all the 25 million Ghanaians and that is why the national anthem is played and the flag of Ghana is hoisted.

“These athletes are our sporting ambassadors and we need to provide deserving support for them as national athletes. These sporting disciplines have won laurels for the country internationally as compared to football over the past 58 years??.

He added that, for the past three years apart from the Ghana Football Association (GFA), no national sports federations have received any funds from government, with rather Federations asked to raise money from corporate organizations.

“We have to travel to represent Ghana at the World Cup and had to borrow money from financial institutions to pay athletes and coaches airfares. Athletes have won medals wearing the nation?s jersey, even at the Commonwealth Games, and have yet to be paid their promised bonuses.

“The Federation presidents have had to pay themselves to purchase the jerseys, and pay duties when the jerseys arrive in Ghana??.

Akpokavi reiterated that, over the last couple of years the federations received approval from the Presidency for national teams travel but the money was never released, forcing their hands to borrow money to execute the programs.

He asked the Ministry of Youth and Sports, to pay outstanding debts and bonuses owed federations and athletes and also provide money for the preparation towards the All African Games in 2015.