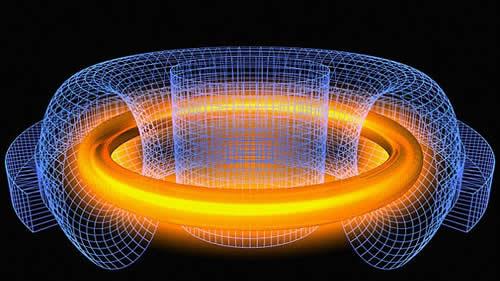 While energy wrestles with a murky past, Fusion Energy is blazing a cleaner future.

Speak to most South Africans about electricity, and the topic is likely to turn to the increasing dent it is making in the monthly budget, and the seemingly endless controversy surrounding Eskom. Some may also talk about the hugely negative environmental and health impact of electricity produced from large coal fired power stations. At the end of the day such conversations are inevitably negative and are likely to end with a depressing shake of the head.

Some people may know something about the government’s Renewable Energy Program. Better-informed individuals might know about the frustrated list of independent power producers still waiting for the latest round of procurement contracts to be signed. Most will say that, anyway, these new renewable technologies are more expensive than coal power, and so either way the consumer is going to be hit. People need electricity as a key enabler for modern day life and are resigned to paying more for less, and indirectly supporting a more polluting future for South Africa and the world.

Frankly, when it comes to the subject of power, most South Africans feel powerless.

This is because, historically, the energy sector has evolved to typically comprise massive companies, which dominate the industry – either in the form of multinational companies such as the large fossil fuel businesses (oil, gas and coal companies), or large national utilities in the case of the power sector (e.g. Eskom).

The real frustration for South Africans stems from the thought that there is no alternative. However, that’s no longer true.

The reality is that, whilst fossil fuel produced electricity costs are increasing, renewables and grid security technology costs are dropping – and this divergence is becoming an unstoppable force. This means that a new energy future is coming in which consumers can enjoy lower costs, minimal environmental impacts and a world of opportunity to create jobs and economic empowerment through good business sense and the inherent innovation of all South Africans.

Active companies in the renewable energy sector are developing revolutionary business models that are introducing and driving numerous changes to the way we use, buy and sell electricity.

One such company is actually putting these new theories into practice:

Differing considerably from the business models of legacy energy companies, Fusion Energy Holdings is founded on key ‘pillars’ that position it perfectly to be a leading energy brand into the future.

Wendy Green, Fusion Energy’s CEO explains: “Our core business fully embraces the principles of social, economic and environmental sustainability. And we have the team to back it up. In the new energy sector, our management group is unparalleled in experience, knowledge and commitment.”

Most significantly, Fusion Energy is already offering businesses the opportunity to procure electricity from independent, clean energy sources, through long-term agreements that are, in almost all cases, more affordable than traditional power.

In order to fund more projects identified in their business plan, Fusion Energy is currently in a capital raising process, which includes a listing strategy. A listing will not only assist Fusion Energy in its capital raising objectives, but will also create the opportunity for ordinary South African to participate as shareholders in a South African Clean Energy Business.

“As South Africa’s first listed, diversified, clean energy brand, we want to provide investors with the opportunity to investment in a growing portfolio of clean energy projects that will produce annuity type returns, whilst enjoying the potential upside of new opportunities in this exciting and evolving sector.”

She adds: “We believe in good energy invested in good things.” It’s like a Declaration of Energy Independence. Good news, indeed.

Districts In Tanzania Urged To Participate In Transition To Clean Energy