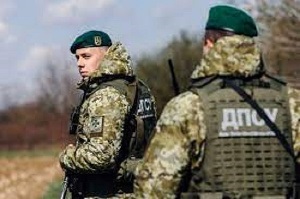 The G7 nations on Monday said they were deeply concerned about the build-up of Russian troops on the border with Ukraine and the annexed Crimea region.

Recent reports of Russian military activity in and around Ukraine as well as ceasefire violations have sparked international concern that the seven-year conflict between the two nations could escalate again.

“These large-scale troop movements, without prior notification, represent threatening and destabilising activities,” the foreign ministers of Canada, France, Germany, Italy, Japan, the United States and Britain said in a joint statement.

“We call on Russia to cease its provocations and to immediately de-escalate tensions in line with its international obligations.”

The ministers reaffirmed their “unwavering support for the independence, sovereignty and territorial integrity of Ukraine within its internationally recognised borders” in the statement.

Russia was booted out of what was at the time the G8 after its annexation of the Crimean peninsula after a controversial referendum in 2014. The international community still considers Crimea to be part of Ukrainian territory.

Parts of Ukraine’s eastern Donetsk and Luhansk regions along the Russian border are controlled by rebels supported by Moscow.