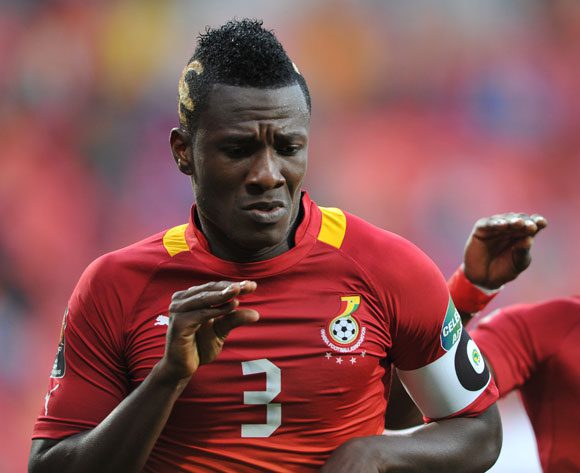 Black Stars captain, Asamoah Gyan has said, he has become is a victim of the bad pitch at the newly constructed Port Gentil Stadium, after suffering from a thigh injury in the game against Egypt last Wednesday.

According to Gyan, the pitch has been the bane of players in the competition, saying this pitch is not good for the muscles.

“I told my colleagues we must be careful of this pitch because it is not a good pitch and might affect our muscles.

“Unfortunately, I have become a victim of this pitch as I could not complete the game against Egypt.

“At the moment I am just waiting patiently for the outcome of the MRI Scan then I will know my fate”. Gyan said in an interview with the GNA Sports.

He lamented on the poor nature of the pitch saying “so far six players have ended their AFCON career due to its poor nature and I am wondering who might be next”.

Gyan was flown to Gabonese capital Libreville, on Thursday morning to undergo some tests to determine the extent of the injury.

His presence in the game against DR Congo on Sunday will be determined by the extent of injury and his recovery rate.