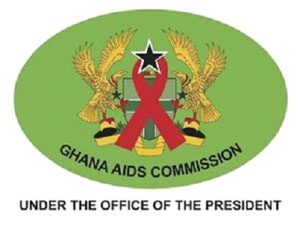 The Ghana Aids Commission and

than 300 revellers during the Easter holiday on the Kwahu a health related organisation, assisted in the HIV and AIDS

to find help.
In an interview with Ghana News Agency, Reverend Fred

Foundation decided to organise the programme on the Kwahu

Mountains because during Easter, thousands of people travel there

for home coming activities where human frailties and sexual

desires take the sidelines.
According to him, the Eastern Region has a high prevalence

help improve on the education and the sensitisation on the

disease.
Rev Anin said his foundation would fight the pandemic, which

Ghana as a whole.
? HIV is like a ruthless invading army, which shatters the

immune system and leaves the human body like a vast unprotected

field thus allowing many diseases to plunder the body until death

puts it out its misery,? he added.
He said the stigma attached to the pandemic is fading away

because his team has no difficulty in convincing people to test

check their status let alone have their faces and voices captured

on tape.
Rev Anin noted that Kwahu has become a place where people

enjoying themselves they have to take precautions.
He called on government and donor agencies to support their

activities to enable them enlarge their scope of work to help

Actionplus foundation and for partnering the health directorate.