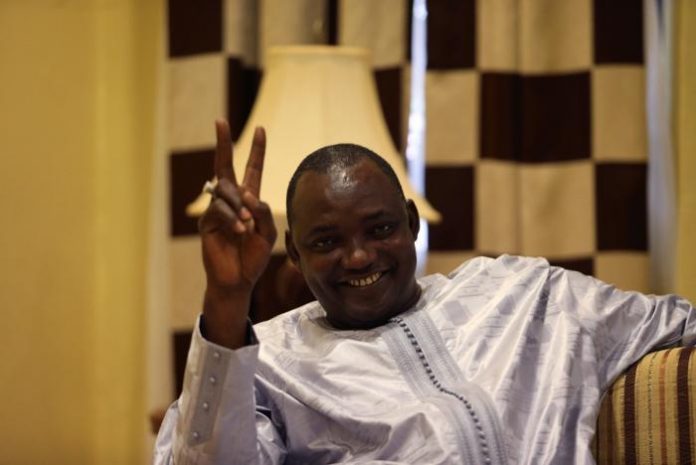 Gambian President Adama Barrow has relieved interior minister Mai Ahmad Fatty of cabinet duties and redeployed him to diplomatic service, said a statement from the presidency on Friday.

“Mr. Adama Barrow, President of the Republic of The Gambia, has decided to relieve Mr. Mai Ahmad Fatty of his appointment as Minister of Interior with effect from today,” the statement said, adding that Fatty has been redeployed to the diplomatic service.

The ministry, according to the statement, will be under the purview of Minister of Justice Aboubacarr Tambadou until further notice.

This is the first cabinet reshuffle of Barrow’s government since he took over in January.

The removal came following the denial of police permit to young people who wanted to stage a protest last Sunday amid poor electricity services in the country.

Fatty said that the permit was denied because the country’s peace was still fragile. However, the permit was eventually issued on Friday, leaving many with the thinking that it is the reason for his redeployment. Enditem