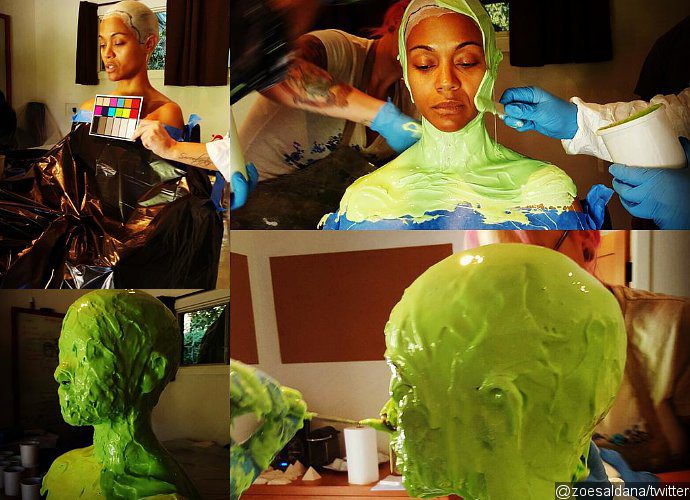 While “Guardians of the Galaxy Vol.2” has not started filming, some cast members are ready for their return on set. Zoe Saldana recently shared a picture from makeup room which shows herself doing some preparation for her role as Gamora, the green-skinned creature.

The photo features Saldana covered in lime green goo. She appears to be having a facial cast prepared for the make-up department to possibly create prosthetic pieces. “Ready for another one?” she captioned the photo.

The second installment of “Guardians of the Galaxy” movie franchise will also bring back Star-Lord (Chris Pratt), Groot (Vin Diesel), Rocket Raccoon (Bradley Cooper) and the irreverent Drax the Destroyer (Dave Bautista). Pom Klementieff is also in the cast and is rumored to play Mantis.

Principal photography on the sequel is set to commence in February 2016 at Pinewood Atlanta Studios. Plot details have yet to be announced. Directed by James Gunn, the film is set for a release in the U.S. on May 5, 2017.

What is the direction Ghana is going?