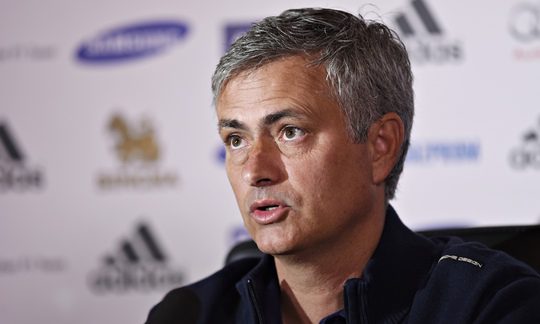 The United boss questioned the pair for missing Sunday’s 3-1 Premier League win at Swansea, saying: “For the team, you have to do anything.”

Smalling has a foot injury, while Shaw played in United’s Europa League defeat by Fenerbahce on Thursday.

Southgate said there was “obviously something wrong” with both players.

Central defender Smalling, 26, and left-back Shaw, 21, have been left out of the England squad for Friday’s 2018 World Cup qualifier against Scotland and next week’s friendly against Spain.

Asked by media if the two players were “flaky” characters, Southgate replied: “That wouldn’t be my impression.

“Luke I know well and Luke’s had a really tough injury. I think very often it’s easy to look from the outside or to make judgements on people without knowing them really, really well.”

Shaw and Smalling have played with pain-killing injections this season and there are reports that former Southampton full-back Shaw is “baffled” by Mourinho’s criticism.

Before the Swansea game, the Manchester United manager said: “Smalling doesn’t feel that he can play 100% with his pain. Shaw told me this morning that he was not able to play.

“There is a difference between the brave, who want to play at any cost, and the ones for whom a little pain can make a difference.”

Persons Opposed To My Investment In Salt Sector Not Patriotic – McDan