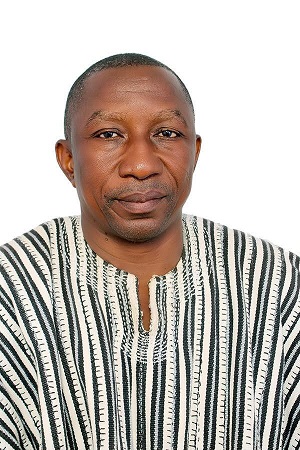 Member of Parliament (MP) for Garu Constituency in the Upper East region of Ghana, Mr. Albert Akuka Alalzuuga has appealed to the youth and people of Ejura to allow cooler heads to rein in the aftermath of Military brutalities which claimed two lives, leaving scores of dozens injured.

However, the Garu MP expressed his disgust at the killing of two persons following clashes between some residents and security personnel.

The two, Muntala Mohammed and Abdul Nasir Yusif, protested to demand justice for youth activist Ibrahim Mohammed aka Macho Kaaka who died earlier from injuries after an attack by a mob.

Ibrahim was attacked on Friday, June 25, 2021, by unknown assailants and was rushed to the Komfo Anokye Teaching Hospital in Kumasi where he passed away on Monday, June 29, 2021.

Mr. Alalzuuga made the appeal when he appeared on the GTV’s morning show dubbed “The Breakfast Show” and reiterated the need for security agencies in the country to professionally discharge their duties, especially when it comes to crowding control.

According to him, military personnel who were deployed on the day acted irresponsibly and unprofessionally.
Meanwhile, President Akufo-Addo on Wednesday, a day after the incident instructed the Interior Minister to set up a committee to probe the circumstances surrounding the killing.

But the Garu MP argued that President Akufo-Addo’s call on the Interior Minister Mr. Ambrose Dery to institute an inquiry into the killing of two civilians at Ejura will amount to ‘much I do about nothing’ since the president and the military hierarchy on several occasions has been reluctant in punishing security officers and hoodlums involved in such heartless and needless killings of innocent citizens.

The Garu lawmaker cited instances such as the Ayawaso West Wagoon (AWW) By-Election violence, Techiman South killings, the military invasion of the Chamber of Parliament, Delta-Force a known hoodlum group of the ruling NPP invasion of court in Kumasi, and many others where those who perpetrated crime were not punished as the motivating factors for the security officers who aimed, shoot and kill innocent Ghanaians at the least provocation,

“What will become of the recommendations by the committee, the Interior Minister is to set-up when the Emily Short’s Commission of Inquiry Report and Recommendations to punish the officers involved in those heinous crimes was thrown to the dogs by Mr. Akufo-Addo,” he asked.

The Garu lawmaker insisted that what the state needs to do is to set up a full-blown Commission of Inquiry into the killing of two civilians at Ejura in the Ashanti Region on June 29 as the Minority side in the August House has been demanding from the government.

“Finding those who short straight into the crowd of demonstrators shouldn’t take months or years because all those security personnel who took part in the operations can be easily identified.

Again the question is who called the military in? What order did they receive? Who gave the order? Was Interior Minister aware of the order? And if he wasn’t aware, why not?” Mr. Alalzuuga enquired.

“It is much easier to identify those who perpetrated these heinous crimes in AWW, Techiman South, military invasion of Ghana’s Chamber of Parliament, Delta-Force invasion of court in Kumasi and other places than to shield them” He added.

The Garu lawmaker believes the only way to end these reckless killings of civilians by security operatives and other hoodlums is to punish those who do wrong.