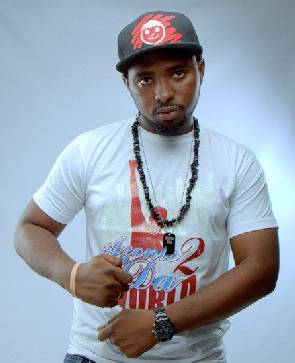 Ordatei Milla Lamptey who is known in music circles as Gasmilla is an Afrobeats musician from Botianor in the Greater Accra Region of Ghana. The ??International Fisherman?? has recently been shot to fame with his ever-refreshing Afrobeats banger ??Telemo.?? His ??Telemo?? track continues to reign in Ghana?s music industry this year, because it is an incredible streets song which suits all manner of persons in our divisive society. And if I were to describe Gasmilla in only one word, it would ??Telemo?? which means ??carry?? in English. No wonder he has carried indigenous music on his back with his nationwide acclamation.

However, we all forget that Gasmilla previously struggled to enter the mainstream music scene in Ghana even though he was impressively unique in Hiplife music. He even said that he used to share his songs through Bluetooth on Trotro buses by impersonating an artiste manager. But Gasmilla encouraged himself in the pure talent he is endowed with and kept on improving in order to become a national star one day. That is the power of persistence at work in a truly talented individual.

Moreover, the ??Telemo?? hit maker is destined to go higher with Afrobeats because his style of music is rare in this part of our world. Today, Gasmilla has no main rivalry in his area of music which is Ga-styled Hiplife since he is the face of Ga music in Hiplife and Afrobeats. Let us also remember that ??Telemo?? is one of Gasmilla?s hit singles over the years because ??Aboodatoi??, ??3 Points?? and ??International Fisherman?? were all equally good though ??Telemo?? is the best so far.

Unfortunately, the song at the moment and on the lips of everyone which is ??Telemo?? cannot be nominated at the 2015/2016 VGMAs, because it was released in late 2014 but had no nomination at this year?s VGMAs. But we are all glad that ??Telemo?? has helped Gasmilla to play gigs at several events which has multiplied his career value. And without being biased towards the self-acclaimed King of Azonto, everything about ??Telemo?? (both audio and video) is pleasing to the human senses. In fact, the music video is filled with great comic acting by the famous Bismark The Joke while it showed interesting public dancing as well.