The Mall of Africa, which is the largest retail development to be built in a single phase in Southern Africa, achieved further prestige at this year’s Consulting Engineers South Africa (CESA) Awards.

The flagship 131 000 m² mall was announced as the winner of the Engineering Excellence Award for projects with a value greater than R250 million.

1 of 3
By merging the creative with the technical, Aurecon could contribute toward the re-imagining of the Gauteng skyline. The Midrand City Centre has changed dramatically in recent years and continues to evolve as residents’ needs change. Since it’s opening in April 2016, the Mall of Africa has taken pride of place amongst the many new developments in the area. The iconic mall has become a key retail, hospitality and entertainment hub of choice for locals and tourists alike.

The CESA Awards which are now in their 45th year of existence is widely regarded as a major industry event for consulting engineers. The Awards are presented to projects that showcase innovation, quality, outstanding workmanship and professionalism.

Fast-tracking the construction of a mega-mall

Atterbury Property Group appointed Aurecon for the design, documentation and construction supervision related to the civil and structural engineering of the mall. The original design brief was for the Mall of Africa to set a new benchmark in retail design that would put South Africa and Africa on the map in terms of retail development.

“Our goal was to combine excellent architecture and leasing expertise on the project, which would lead to a new urban framework, one that would be a catalyst for a new CBD in Midrand. We are proud of what has been achieved and want to thank everyone who contributed to the project’s success,” says James Ehlers, MD of Atterbury’s development arm.

With main construction starting in September 2013 and completion in April 2016, it took a construction period of only 32 months to bring the 131 000 m2 of retail space, with a gross building area of 485 000 m2, to life. This necessitated meticulous planning, innovative design solutions and ongoing collaboration between all stakeholders to meet deadlines and resolve challenges to ensure key milestones of the programme were reached.

The 16.5-hectare footprint of the Mall presented unique geotechnical challenges that did not allow for the application of any single founding solution. One of these challenges included the varying depth of bedrock and an abundance of subsoil groundwater in places.

MDS Architects’ vision for the design of the Mall draws inspiration from the natural and geological beauty of Africa. A variety of unique elements such as wide passages, a ‘column-free’ mall design, high shopfronts, an undulating roof feature in the middle with specialist animated LED lighting, and a large public space with restaurants known as the Town Square, makes the Mall of Africa a unique addition to the 1.73 million square metre Waterfall City development in Midrand.

“We are extremely proud to have been involved in this inspiring project and privileged to be able to partner with valued clients and project teams,” comments Ferdi Nell, Aurecon’s Managing Director, Africa. “Ingenuity, originality and innovation was needed to overcome many of the structural and geotechnical challenges that arose during the construction of the Mall of Africa. Bringing clients’ ideas to life is gratifying, and being honoured at the highest level with the achievement of this award, together with a variety of commendations, shows how our innovations continue to inspire.”

Other Aurecon projects and people that received recognition at this year’s CESA Aon Awards include:

• Stortemelk Hydropower Plant (Commendation for Engineering Excellence with a value between R50 million and R250 million)
• The Mzingani Sea Wall (Commendation for Best International Project). The Mzingani Sea Wall and associated promenade project forms part of the Zanzibar Urban Services Project, which aims to develop and upgrade selected urban infrastructure in Zanzibar. This project is an important part of protecting Stone Town’s history and enhancing the physical environment at public locations within the town.
• Aurecon Associate Catherine Blersch (Commendation for Young Engineer of the Year). 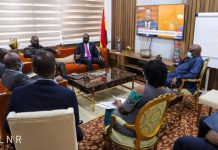 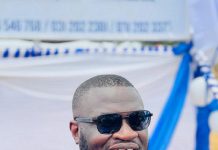