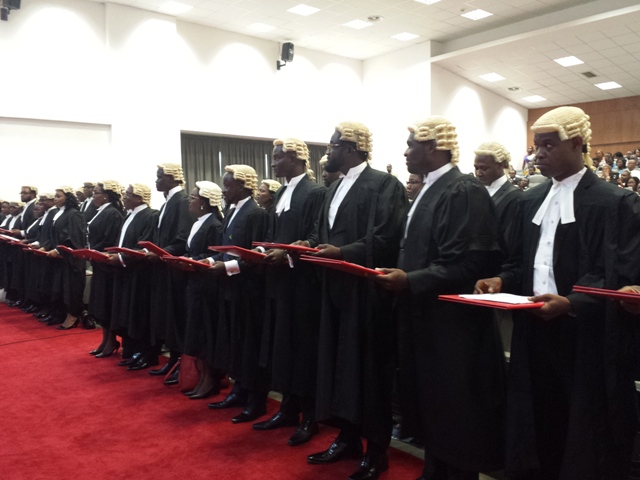 The Ghana Bar Association (GBA) has called for swift and thorough investigations into the murder of Mr Richard Badombie, a Lawyer and a member of the GBA.

The Association has also set aside a GHC20,000.00 reward for anyone who volunteers credible and legitimate information that will lead to the arrest and prosecution of the perpetrators of the crime.

A statement signed by Mr Yaw Acheampong Boafo, National President, GBA and Lawyer Kwaku Gyau Baffour, National Secretary, GBA, and copied to the Ghana News Agency, urged the public to volunteer information to security agencies to enable them thoroughly investigate the matter, identify the perpetrators and make them suffer the consequences of their action.

Richard Badombie, was on Saturday attacked and shot dead by armed robbers on the Bole-Bamboi Highway in the Savannah Region.

The Police said the victim was driving a Hyundai Accent saloon car with two other passengers on board, travelling from Accra to Jirapa, when the incident occurred.

According to the Police, when they got to a section of the road between Banda Nkwanta and Nuoyiri communities, three armed men emerged from the bush and signaled for them to stop and while slowing down, one of the robbers shot and killed the driver.

A manhunt has been mounted in search of the three suspected armed robbers.

The GBA said it had noted with grave concern the upsurge in armed robbery and other violent crimes in the country.

The statement commiserated with the families and colleagues of the deceased and the families of all persons who had lost their lives due to armed robberies and other violent crimes.

It assured GBA’s entire membership that the Association would do all within its powers to ensure the arrest and prosecution of the perpetrators of the act.

The statement implored security agencies to intensify activities and programmes aimed at drastically reducing the crime rate in the country, especially armed robbery, and other violent crimes.

It also entreated security agencies to enhance education of the public on crime prevention and detection with a view to awakening the security consciousness of the citizenry.

“The GBA further urges the security agencies to intensify the protection of all persons living within the territorial borders of the Republic of Ghana so that they can feel safe and go about their daily activities and businesses in peace without the slightest sense of insecurity,” the statement said.