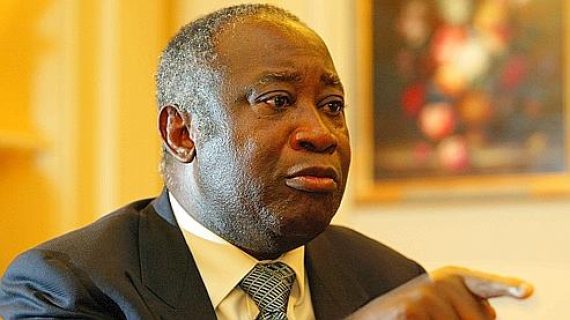 3,000 civilians were reportedly killed during the post-election violence in the country.
Gbagbo refused to accept defeat against Ouattara after the elections.

The trial started with the reading of the charges. After judge Judge Cuno Tarfusser asked Gbagbo, who was supported by hundreds of supporters outside the Court building, if he pleaded guilty or not guilty, Gbagbo maintained, as expected, his innocence.

“Thank you Mr president, I plead not guilty,” he said.

The same question was put to Ble Goude, with the same answer. “Thank you Mr president, I do not recognize the charges and therefore I plead not guilty,” Ble Goude stated.

Chief prosecutor Fatou Bensouda said in her opening statement that she was convinced that their evidence will prove that the accused were guilty beyond reasonable doubt.

“3,000 civilians were reportedly killed during the post-election violence in the country – by armed forces on both sides,” she said. “Our investigations in the country are ongoing. But they do take time.”

“My office will seek to ensure justice and accountability on all sides. This should be clear; my office is investigating both sides of the conflict. That is what the office’s legal mandate requires, that is what the victims deserve, and that is what the Prosecution is most committed to and is working to achieve,” she added.

Gbagbo was transferred to the ICC’s detention unit in The Hague on November 30, 2011, following his arrest warrant on November 23, 2011. Ble Goude surrendered to ICC’s custody on March 22, 2014, following a warrant of arrest issued by the ICC on December 21, 2011. The trial of the joined cases could last for years. Enditem