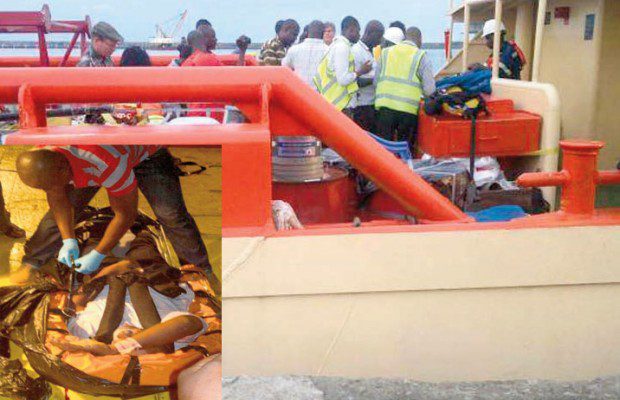 Officials of the Ghana Civil Aviation Authority (GCAA) on Saturday announced that the Black Box of the crashed helicopter off the coast of Cape Three Points had been retrieved while the wreckage had been pulled ashore.
According to Air Commodore Kwmami Manfe, Director General of the GCAA the black box would be sent to laboratory in France for analysis to unearth the cause of the crash.

Three people had died while one person is still missing after a helicopter carrying workers of the Luk oil crashed into the sea off the coast of Sekondi Takoradi last Thursday.

One of them was seriously injured was sent 37 Military Hospital in Accra.

Report says he is recovering from injury.

Commodore Manfe said the other three survivors had been treated and discharged by SOS Medical Centre in Takoradi.

He added that the next of kin of the deceased employees of Luk Oil had been informed about the death of their relatives.

WHO reports 21 percent jump in coronavirus deaths versus previous week