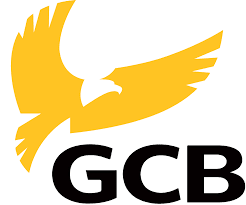 Ghana Commercial Bank Limited on Monday presented a cheque for GH?18,114,756, as dividend to government at a ceremony in Accra. Mr Cassiel Ato Baah Forson, Deputy Minister of Finance and Economic Planning, who received the cheque commended the bank for its level of growth over the years, saying ?Government is happy with the performance of GCB.?

The Deputy Minister encouraged GCB to declare interim dividend before the final one.

He further entreated other state agencies to emulate the rapid growth of the bank over the years, so that government would generate more returns in its investments.

The Deputy Minister said government invested in state agencies in order to reap more dividends in their operations, and reminded state enterprises which had not paid their dividend to do so.

Mr Sarpong recalled that the bank over the last three years gave out GH?3.1 billion as loans to individuals and companies.

He was happy that despite the economic challenges, the bank had excelled in its operations, adding that the bank would continue to grow steadily in terms of revenue mobilization, in order to become part of the country?s economic growth.

Tullow Ghana Partners with Invest in Africa to Train Suppliers