The management of Ghana Community Network Services Limited (GCNet) has filed an application for an appeal against the recent Labour Court ruling that directed the company to pay redundancy compensation based on provisions in its Human Resource Policy Manual.

The Accra High Court (Labour Division) on February 1, 2021, upheld an arbitral award by the National Labour Commission, which the management was challenging to ensure that the redundancy compensation was properly negotiated and paid in accordance with the provisions of the Labour Act.

The management believe the Labour Court inappropriately determined the matter that was at the core of the disagreement between the management and laid off workers over arrangements for the payment of their redundancy compensation.
The application for review, filed at the Court of Appeal on Wednesday by Counsel for management, Mr Bede Tukuu, is seeking the reversal of the ruling on seven grounds.

Stipulating the grounds for appeal, the application averred that the labour court erred in law in holding that a worker’s association (GCNet Staff Welfare Association) was different from trade union under the law, indicating that the holding the court was contrary to the legal definition of a trade union under section 175 of the Labour Act 2003 (Act 651).

Also, it averred that the court erred in law in holding that the GCNet Staff Welfare Association had the capacity to represent the workers and to collectively bargain and negotiate with management on behalf of the workers although the association was not a registered and certified union.

“This holding by the court is contrary to provisions of sections 83, 84,88,96 and 99 of the Labour Act 2003 (651) which preserves the right to collective bargaining to only workers” unions or associations registered and certified under the Act,” the application stated.

Similarly, it stated that the court wrongly held that the Appellant failed to promptly object to the capacity of the GCNet Staff Welfare Association at the arbitration proceedings at the Labour Commission, describing the court’s position as “against the weight of evidence.”

Furthermore, it indicated that the court “misdirected itself in law by failing to apply the authority of Nartey-Tokoli and others versus Volta Aluminium Corporation (No. 2) (1989-90)2 GLR page 341 to declare the GCNet staff welfare manual, invalid.”

“The Supreme Court in Nartey-Tokoli (supra) decided among other things that a condition of service document or collective agreement negotiated by an uncertified union or association of workers was null and void,” it stated.

According to counsel, the Court’s ruling largely flies in the face of the Labour Act, expressing fear that it would create anarchy in the labour industry regarding the formation of trade unions if it was allowed to stand.

Meanwhile, the management has reiterated its commitment and readiness to pay the redundancy compensation once the legal processes are completed.

“Our aim is not to deny any worker compensation, but to ensure that we conduct the full redundancy exercise in accordance with the law to avoid any difficulty in government refunding the money,” said Mr Alwin Hoegerle, General Manager of GCNET.

The redundancy exercise was triggered by the government’s abrogation of its trade facilitation service contract with GCNet, effective May 31, 2020. 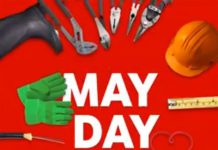 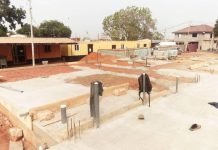 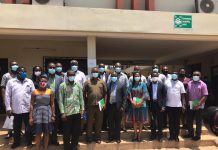 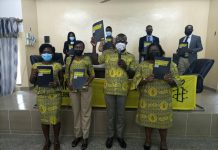