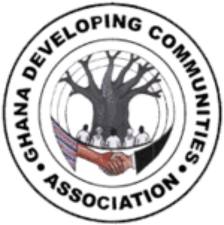 The Ghana Developing Communities Association (GDCA) on Wednesday supported some 11 vulnerable groups to develop and presented their prioritized and strategic action plans to authorities of the Sagnarigu District Assembly for possible implementation. The programme forms part of GDCA?s implementation of a one year project on promoting participatory governance with support from Star Ghana, which seeks to model the participation of women, youth and people with disabilities in local governance.

Alhaji Osman Rahman, Executive Director of GDCA who spoke at the engagement workshop for the dissemination of prioritized and action plan reports of women groups, youth and People Living With Disabilities (PWDs) in Tamale, stressed the importance of the involvement of socially excluded persons in local governance.

He said over the years some vulnerable persons including women, People with Disabilities and the youth had been relegated to the background when it comes to participation in local governance and that the NGO would strive hard to help enhance their participation in the work of the district assemblies.

He said the first step was to get the vulnerable groups well organized and to get them supported to identify issues concerning their involvement in decision making, which would be properly packaged for the assemblies.

Alhaji Rahman said the project had so far facilitated and trained some target groups in relevant areas of the local government system and supported to identify and proritise their needs as well as facilitated to develop the action plans, which based on their proritised needs.

Mr Mohammed Awal, Presiding Member of the Sagnerigu District who received the reports assured that the assembly would go through the reports and would not hesitate to implement them to benefit the groups.

He commended GDCA for helping the groups to develop the action plans on their prioritized needs and that it had made the assembly?s work easier since there was budgetary allocation from the District Assembly?s Common Fund (DACF) for disabilities and other socially excluded.

Some 12 groups with the support of the GDCA from the Savelugu/Nanton Municipality have also presented their strategic action plans to the Assembly at Savelugu.