News Ghana
Home Inside Africa Nigeria Gen. Buhari Was A Hero Then And A Hero Now Too much ink has already been spilled expressing that any democracy without a dynamic opposition is not only prone to dictatorship but also breeds corruption as honey attracts bees. The history also tells us that a culture of weak opposition amidst mass discontent has the tendency to provoke mass revolt or military takeover of government. 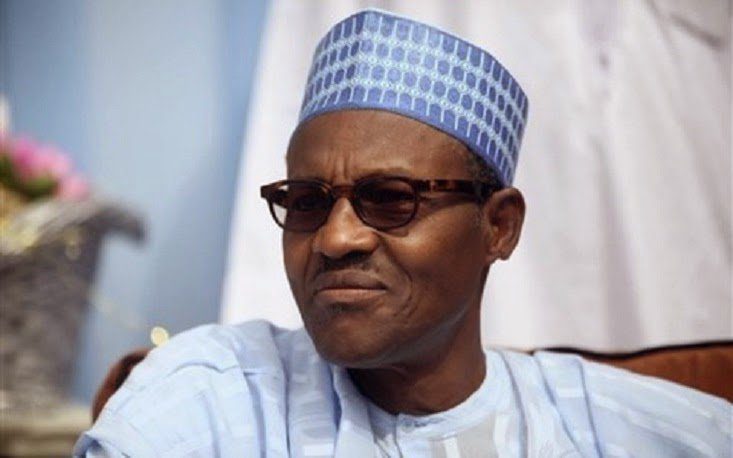 That was squarely the case in the Nigeria?s 1st Republic when a coalition government between the two largest parties easily wrecked the opposition, thereby sowing the seed for a culture of lack of checks and balances, impunity, and massive abuse of office. The result was a leadership crisis and the advent of the military in Nigerian politics.

The 2nd Republic under President Shehu Shagari was another blistering failure and similar in character to the republic before it. Far from the false impressions being peddled in the heat of the 2015 presidential campaign, regardless of the prism of history, any attempt for an honest appraisal of the 2nd Republic readily exhumes mess.

For a mild hint, the 2nd Republic remains a bare reminder of the electoral charade of 1983 where the regime deployed every state security apparatus to dictate where it won and where it lost. Recall the election in which the ruling NPN roundly humiliated the immortal NPP presidential flag bearer, Nnamdi Azikiwe, by taking control of his home state of Anambra through rigging. Also recall it was the same election in which the NPN conspired to ensure that its own senatorial candidate and a hero of the Igbos, Dim Emeka Ojukwu, was conquered by an unknown opponent in the same Anambra State. What is more, the story was not different in the North; or the West, where the very ruling party utterly disgraced the legendary presidential candidate of UPN, Obafemi Awolowo, by capturing the premier State of Oyo in a Yorubaland where the Awo was revered like no other.

Combined with the fact that the 2nd Republic was then viewed as the most corrupt in the annals of the Nigerian history, it had appeared the crisis that preceded the civil war was replaying itself. Every reliable barometer of public opinion after the 1983 elections, including the media, indicated a dire need for change, however the type of government. Even a day before the regime was finally truncated, the Concorde, a prominent pro-government newspaper proclaimed that ?We never had it so bad? and prayed for change. In the absence of a capable opposition party, a military regimen answered the prayers and took over power amidst mass jubilation. Their leader and man of the moment was one army general in the name of Muhammadu Buhari.

While the military option should not be promoted, the gospel truth immediately above represents the circumstances that brought Buhari to power in 1983. It also underscores why one of the most celebrated scholars of leadership, James McGregor Burns, had embraced patriotic military leaders in politics as heroic figures who traditionally come to power for a brief period, especially in time of crisis or when the authorities no longer enjoy public trust. The eminent military historian, Alexander Madiebo, was more germane: ?A possible military intervention remains, perhaps, the only check on the excesses of politicians who invariably neutralize the power of the ballot paper.? It is against this backdrop that the erudite scholar, Claude Ake, had remarked that, ?It was not the military that caused military rule in Africa by intervening in politics; it was character of politics that engendered military rule.?

Yet, instead of the desired change, the character of the politics of current 4th Republic turned out for the worse. The problem began upon inception when the ruling PDP co-opted one of the losing parties, AD, into a needless working agreement, including in the 2003 election, which further crippled the opposition. But if it was crippled after the 2003 elections, the opposition was firmly placed on life support since the 2007 through 2011 polls.

Cast in a seemingly one-party state, the system has become more or less an oxymoron?a democracy in theory and a dictatorship in practice. With checks and balances thrown by the wind, the leaders have continued to loot the public treasury like never before. To better picture the magnitude, while past Nigerian administrations were generally corrupt, comparing any of those with the current regime in terms of the degree of impunity evokes the odd sense of equating a mere smoke to a raging inferno.

Reminiscent of the failed past, there have been eloquent cries for change throughout the 4th Republic?and from far and wide. As a parting rebuke, Nelson Mandela decried the monumental corruption among Nigerian leaders and wondered how the citizens have not been more enraged. To the United States of America, instead of the anticipated improvements since Nigeria?s recent democratic transition, most ?indicators about quality of life have gone in the wrong direction.? The Nigeria?s president, Goodluck Jonathan, humbly admitted, worrying that, ?Not only have people despaired about the slow pace of progress, some have in fact given up on the country.? The British Prime Minister David Cameron followed, warning that in order to avoid the type of mass revolt that engulfed North African states in recent years; the Nigerian leaders must seize the moment and embrace true change. In short, the world view is simply that Nigeria is a failed state with many local and international bodies calling for the country’s immediate restructure or outright disbandment.

This unfortunate predicament compelled the major opposition parties to set aside their differences and merge into a single mega party?a feat never attained before in the nation?s history. Although the merger was surprisingly easier than expected, producing a popular candidate against a sitting president in a short campaign cycle proved to be the Achilles heel. With Muhammadu Buhari, a dateless presidential candidate said to be retired; there was no opposition figure with mass following in his or her region talkless of the entire country. Given that endemic corruption has become the most potent threat to national life, the opposition intelligentsia in its infinite wisdom appealed to Buhari, a widely respected incorruptible leader, to enter the race. Keenly aware of a rare opportunity for the long-awaited strong opposition towards a true democratic culture, Buhari answered once again with every sense of patriotic candor.

Win or lose, the success of the merger is already a win-win for posterity. By answering the call, Muhammadu Buhari has demonstrated that a model political party is neither conceptualized on the simplistic blind following in name of majority nor where individuals work in isolation for ideology sake but on the ability to eschew selfishness and find common grounds where ideas could coalesce in search of practical solutions rather than exacerbating the conditions that heighten a lifelong pattern of ethnic rivalries.

Win or lose, the success of the merger is already a win-win for democracy. Nigeria is witnessing in the 2015 election campaign the closest semblance of a true democratic competition. Nigeria is also very likely to witness true change?in line with a fundamental vision of democracy, which profoundly promotes consequences for bad governance. Besides, for the first time in national life, instead of mass revolt or the military alternative, the opposition is finally seen as capable, willing, and ready to replace an inept party in power; Thanks to the selfless service of General Muhammadu Buhari.