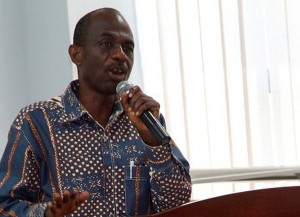 A high-powered delegation of the National Democratic Congress (NDC) is in Geneva, Switzerland, to attend the Council Meeting of The Socialist International.

The delegation is led by Mr Johnson Asiedu Nketia, the General Secretary of the NDC, who is also the Vice President of Socialist International.

Other members of the delegation are: Madam Lydia Lamisi Akanvariba, the NDC Member of Parliament for Timpane, Dr Karl Mark Arhin, the Deputy Director of International Relations of the NDC, and Madam Millicent Y. Amankwaa, the Parliamentary Candidate of the NDC for Sunyani West in the 2020 elections.

The Council Meeting of The Socialist International will be held from 7th to 8th July 2022, at the United Nations Office at Geneva (UNOG ).

The meeting will discuss various subjects, including; working for Peace and International Security based on shared principles and rules, and Strengthening Democracy and ensuring fundamental human rights.

The Socialist International is the worldwide organisation of social democratic, socialist and labour parties. It currently brings together 132 political parties and organisations from all continents.