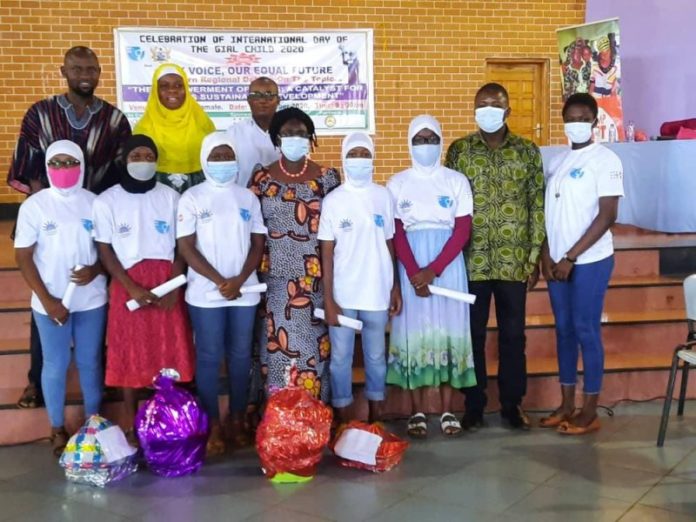 A thrilling debate to highlight challenges and prospects of the empowerment of girls in the country has been held as part of activities to celebrate this year’s International Day of the Girl-Child.

The debate featured three students each (girls) from the Ridge Junior High School (JHS) and Choggu JHS in the Sagnarigu Municipality, who argued on the motion: “The Empowerment of Girls: A Catalyst for Ghana’s Sustainable Development”.

The Ridge JHS, who argued for the motion, emerged victorious, and would represent the Northern Region at the National Level Debate in Accra on Monday, where it would compete with representatives of the Central Region, for laurels.

Members of the two debate teams received prizes for their display of great knowledge on issues affecting girls’ empowerment.

The event was to highlight and address the needs and challenges girls faced through their empowerment and gender equality.

It was organised in Tamale on Friday by the Department of Gender under the Ministry of Gender, Children and Social Protection, in partnership with NORSAAC, and the Ghana Education Service.

It received funding from the United Nations Population Fund and other development partners.

Madam Linda Amoah, the Deputy Director for Girls Education at the Northern Regional Directorate of Education, who presided, described the debaters as smart students with an effective handling of the motion, even though within a limited time of preparation.

She called on parents and other stakeholders in girls’ education to encourage their girl-children to remain in school to attain their full potentials for the benefit of society.

Those challenges hindered girls from attaining their full potentials in life, she said, adding: “Let us seize the opportunity to be inspired by what our adolescent girls see as the change they want, the solutions – big and small – they are leading and demanding across the globe.”

Deputy Superintendent of Police (DSP) Mr Emmanuel Horlortu, the Northern Regional Director of the Domestic Violence and Victim Support Unit, Ghana Police Service, advised girls to take responsibility for their own safety and avoid following friends to places where their safety was not assured.

That would ensure that they did not become victims of rape, he said.

The International Day of the Girl-Child is marked globally on October 11 to, among other things, support opportunities for girls and increase awareness of gender inequality they face worldwide.

This year’s event is on the theme: “My Voice, Our Equal Future.”