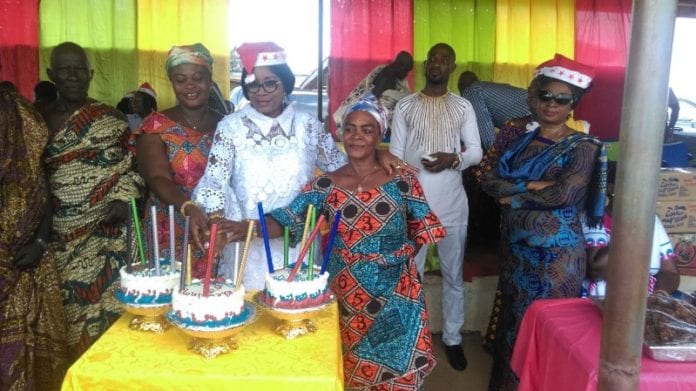 Mrs Cynthia Morrison, the Minister of Gender, Children and Social Protection, says the Ministry has put in place strategic plans to discourage child-trafficking in communities.

She said the Ministry would not tolerate parents who illegally sent their children to the fishing communities to undertake fishing activities to the detriment of their education.

Mrs Morrison said this during her birthday party, which she celebrated with People with Disability (PWDs), widows and orphans at Abodom in the Agona West Municipality of the Central Region.

She said it was disturbing and sad that majority of children from fishing communities were being trafficked through illegal means, which was criminal offence and cautioned parents who engaged in this with their allies to desist from the act before the law caught up with them.

The Minister, who is also the Member of Parliament for Agona West, said the Ministry would leave no stone unturned to ensure that the strategic measures put in place worked to perfection to protect the lives of the children.

The measures include educational programmes for parents, caretakers, guardians and others to create the awareness of the dangers of child- trafficking and its rippling effects on the victims.

She said child-trafficking had deprived many children of their education, which is their right, and urged parents to stop using the excuse of poverty to sell their children to traffickers.

Mrs Morrison appealed to the public to desist from giving arms to PWDs on the streets to discourage them from begging and that the Ministry was determined to giving them vocational and technical training to become self-reliant.

She said plans had been completed to acquire land at Agona West for PWDs to start piggery and poultry farms to serve as income generating venture to supplement the Disability Fund of the district assemblies.

She advised PWDs to joint cooperative unions to enable them to get support from government and non-governmental organisations.

Queen mothers, chiefs, heads of various clans, kingmakers, elders, the aged from Abodom and people from all walks of life joined Mrs Morrison to celebrate her birthday.