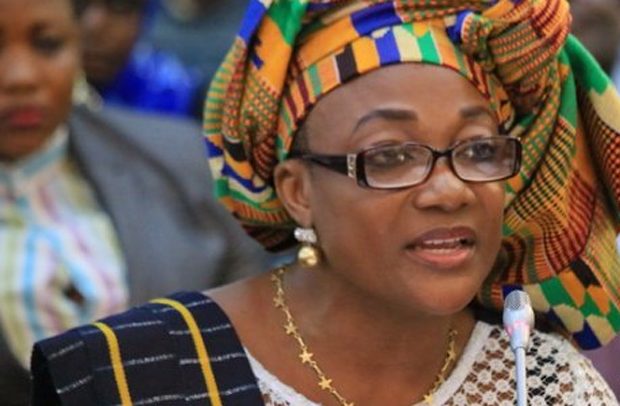 Ms Otiko Afisa Djaba, Minister of Gender, Children and Social Protection on Friday launched the 16-Days of Activism against Gender Based Violence in Accra.

It is a campaign which emphasises that gender-based violence in any form is a human rights violation and unacceptable.

The16-days of activism campaign will continue to contribute to a world free from Gender-Based Violence especially for women and girls, including other vulnerable groups such as the aged, persons living with disability and orphaned children.

It will include; more awareness-creation activities that comprises attracting attention through advocacy, generating public support to effectively prevent and address Gender Based Violence in education, health and job market among others.

She said Gender based violence refers to atrocities meted out to individuals based on their gender, either males or females and cited some examples such as child marriage which is targeted at young girls and not boys, female genital mutilation, different widowhood rites for males and females, women tagged as witches and maltreated whilst men are not tagged as wizards.

Ms Djaba said, over the years, the campaign had different themes which had helped address different dimensions of gender-based violence in the world and this year’s global theme for the campaign is, ‘’Leave No One Behind: “End Violence Against Women and Girls.’’

She said there could not have been a more appropriate theme than the one selected for this year, adding that statistics by the National Domestic Violence Unit (DOVVSU) of the Ghana Police Service indicate that from January to March 2016, 79 men (perpetrators) were arrested for defilement while no woman was arrested for same purpose and 187 females were defiled as against 11 males within the same period.

The Gender Minister said, leaving no one behind means prioritising and putting people at the centre of development and placing the progress of the most marginalised groups and communities first (women and girls being all too often at the top of the list).

She said the campaign urged governments all over the world, development partners, civil societies, traditional rulers, the media, individuals and the general public to address the structural causes of inequality and marginalisation that affect women and girls and the marginalised in general.

Ms Djaba said Gender-Based Violence was complex in nature, and that, addressing such issues needed a multi-dimensional approach through the implementation of human rights frameworks to ensure that both state and non-state actors were held accountable for acts of violence against women.

She said the Ministry through the Domestic Violence Secretariat would appeal to relevant authorities and stakeholders not to relent in their efforts to end Sexual and Gender-Based Violence against Women and Girls.

Ms Djaba advocated activities such as Health Walks to be organized in all regions, a National Durbar to be held at Assin Fosu in the Central Region, a debate between St Thomas Aquinas and Labone Senior High Schools, Outreach to some selected schools, Radio and Television Talk Shows, Health Education and Screening, Stakeholder Consultations on the Draft Ghana Report on the implementation of the United Nation Convention on the Rights of Persons with Disability Stakeholders Meeting on Inclusive Policy on Education and
Forum on Disability.

She said the Ministry was strengthening its existing networks, while establishing new ones and would commit resources where necessary to ensure that more awareness activities were carried out to name and shame peroetrators.
GNA/Newsghana.com.gh