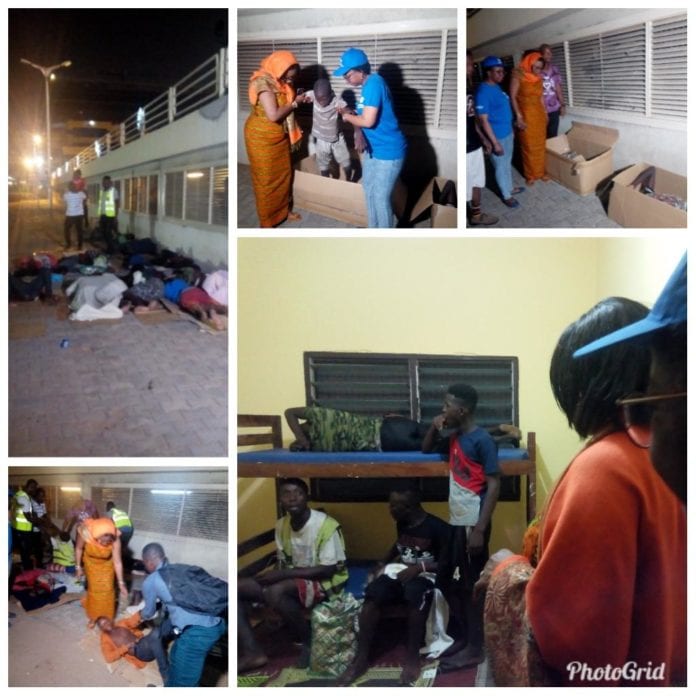 The Ministry of Gender, Children and Social Protection has rescued 25 street children in Accra including a Togolese national and moved them into a new shelter in a dawn exercise on Sunday.

The children, all male and aged between 11 to 24 years, were rescued from the cold weather around the Airport Shell, where they were sleeping on cardboards, using their “Ghana must go” bags as pillows.

It was quite a distressing scene when the children were being taken to their new shelter, as some were seen coughing severely.

Most of the children told the Ghana News Agency that they beg for alms and had ended up on the streets as a result of financial difficulties at home as their parents were unable to provide their needs.

Madam Cynthia Morrison, the Minister of Gender, Children and Social Protection, said the exercise was part of the Ministry’s mandate to ensure that every street child had a home.

She said the Ministry received support from the Social Welfare Department and the Accra Metropolitan Assembly to conduct the exercise, which would be replicated in the other regions.

“It is my responsibility as a mother to make sure that these children are really taken good care of. So we are taking them off the street to give them a good life. We are taking them to Madina where we’ve prepared a shelter for them,” she said.

Madam Morrison said the Ministry is collaborating with the embassies to help rescue children on the streets from other neighbouring countries.

The children would receive medical care, counselling and other support services to improve their wellbeing, she said, adding that their photos and finger prints would be taken to help track any who would escape from the shelter.

Madam Morrison said she was in talks with the Attorney General for legal advice to make the programme effective, and that children who would escape from the shelter and got back onto the streets would be sent to juvenile homes.

She appealed to the public to support the Ministry in its agenda to save the children.