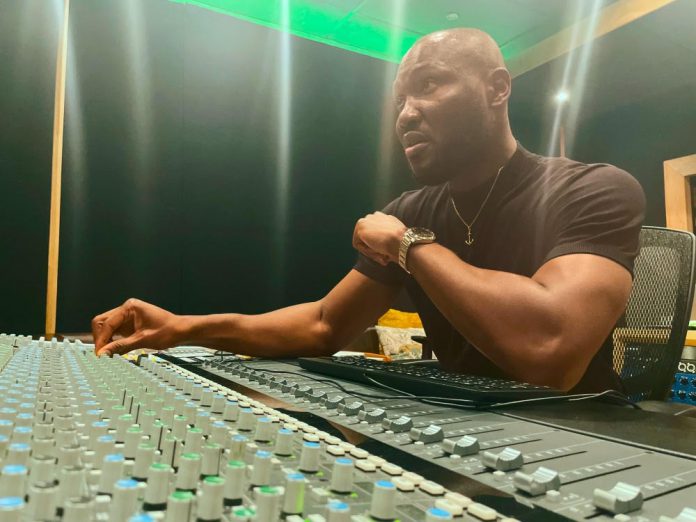 If you have been up-to-date with African showbiz lately, there’s simply no escaping the colossal hype surrounding one George ‘Geobek’ Beke: the South African-based media cognoscente who has been quite vocal about his incoming project, ‘’Geobek Standard’’ all over the internet.

Today, he finally takes fans off the edge and shares a visual snippet for his titular project which highlights a bit of what’s in store in the days ahead. The reveal sees Nigerian hot rod, Burna Boy vibe with what seems to be a mega collaboration between the Grammy star and Mozambican disc jockey, DJ Tàrico for a yet-to-be released song during a private listening session.

The music industry has dramatically evolved over the past decade alone, and with Africa still playing catch-up in key areas, Geobek’s pan-African dream is very much on course. The eagle-eyed personality has put it on himself to bridge the long-standing gap between Africa’s elite artists and the incoming crop of talents who barely participate on the grand stage of African music.

He breaks this ubiquitous mould in all excellence, earnestly working to fulfill his passion of uniting, co-signing and granting undiscovered artists from all over the continent a shot in the major leagues with a string of epic collaborations sure to open doors for the chosen few. To make all this a reality, Geobek is betting on the musical footprint of African giant, Burna Boy, to propel underground sensations from Mozambique; Nelson Tivane, Preck and DJ Tàrico, together with fast-rising South African sound, Amapiano, which he considers the next big genre from Africa next to Afrobeat.