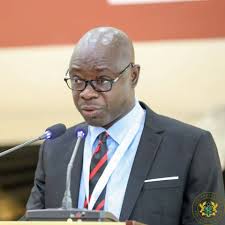 As part of measures to ensure earthquake preparedness and risks reduction, the Geological Survey Authority (GSA), has installed three earthquake early warning equipment at the Weija-Gbawe municipality and the NADMO head office.

Mr Kwaku Asomah-Cheremeh, Minister of Lands and Natural Resources, announced this at the Meet-the-Press series in Accra on Wednesday.

He said the GSA had intensified public sensitisation drive to educate Ghanaians on what to do during earthquake in order to mitigate its effects on lives and property.

In June this year, the national capital, Accra, experienced earthquake measuring 4.2 on Richter scale.
The mini earthquake was also felt in parts of Eastern and Central regions, which created fear and panic among the populace.

Some parts of the Greater Accra Region including; Gbawe, Weija and McCarthy Hill are considered earthquake prone areas.

Residents in those areas have been cautioned to find alternative place to settle.