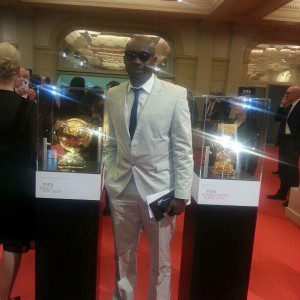 Vice President of the Ghana Football Association, George Afriyie has insisted that the 2014 Presidential Commission of Inquiry [PCI] formed after Ghana’s ill performance at the World Cup in Brazil treated him unfairly when he appeared before them.

The PCI chaired by Justice Senyo Dzamefe in one of their sittings invited to appear before them in-camera which he obliged.

The Black Stars Management Committee Chairman added that he was however barred from appearing at the sitting with his lawyer which is contrary to what has been stipulated in the country’s constitution.

However, in the Commissioner’s final report they recommended that the former Black Satellites Management Committee Chairman must not to allowed to be associated with any national team.

But Afriyie has stated that, the PCI treated him unfairly and the laws in the country will surely examine their work.

“If you examine article 82 of Constitution of Ghana it says that when a Commission is formed with the needed authority, every witness they call before them must be told the purpose for they are coming, whether that person is a target witness or not.”

“On one of the occasions, I appeared in-camera with my solicitor Tedaus Sorie but I was told by the Commissioners that my appearance there was just for a friendly purpose so my lawyer was not allowed to sit in.”

“So if they have finished their work and write something negative about me, the laws of this country will do justice to it whether what they did was right or wrong,” he told Otec FM in Kumasi.