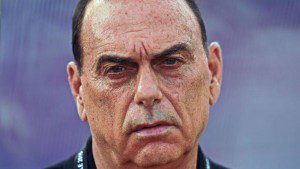 Saif Rubie told the British Broadcasting Corporation on Tuesday that the Ghanaian league is bereft of quality players, prompting the decision of client to focus on those playing outside the country.

Grant absence from the West African country for more than a month has sparked rage among local fans as they have accused him of neglecting local talents in his selection.

But Liberty Professionals tactician George Lamptey agrees with the suggestion from Grant?s agent.

?It hurts to hear Avram Grant?s agent saying that we don?t quality players. It is true we don?t have them. Those days we had quality players because the colts league was so good,? he told Starr FM

?The colts league is now poor. We all think about the Black Stars and everything is going off.?

The 60-year-old included only two local goalkeeper in his squad for next month?s Africa Cup of Nations qualifier against Rwanda.

Ashantigold shot-stopper Fatau Dauda and Wa All Stars Richard Ofori got the nod to be in his final 24-man squafd for the game against the Amavubi in Kigali.