Former FIFA footballer of the year and current Senator of the Montserrado Country in Liberia, George Oppong Weah, paid a courtesy call on President Akufo-Addo today [Tuesday] to congratulate him on his election as President and also to discuss issues of mutual concern and benefit to the two nations.

According to Senator Weah, the conduct of Ghana’s elections and subsequent peaceful change of government, has cemented Ghana’s position as the true beacon of democracy on the African continent.

The Liberian Senator also applauded the resilience of President Akufo-Addo, who was successful on his third attempt at the Presidency, describing it “as a lesson for all of us. If you don’t succeed at your first attempt, try again.” 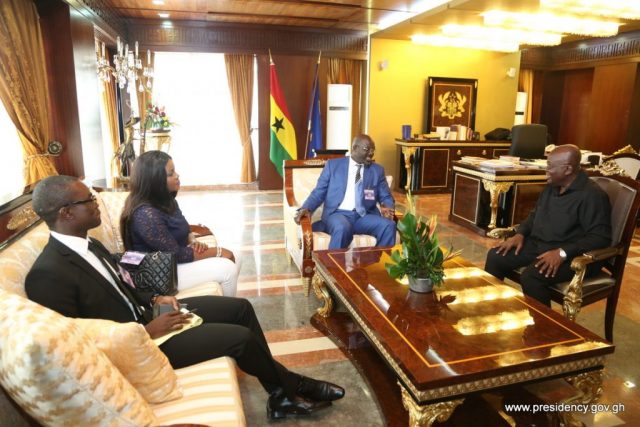 Senator Oppong Weah expressed hope that President Akufo-Addo’s presidency will be marked by an increase in bilateral relations between Ghana and Liberia, as well as the realisation of the vision of continental integration, which, he said, will inure to the benefit of the African peoples.

With the election of a new President of Liberia slated for October 10 this year, Senator Weah urged Ghana, President Akufo-Addo and ECOWAS to help ensure that the polls are credible, so that the results gain acceptance by all the stakeholders involved in the process.

On his part, President Akufo-Addo thanked the Liberian Senator for the courtesy of his visit, assuring him that Ghana will continue to support and advocate for the deepening of democracy in countries within the region.

President Akufo-Addo indicated that the bonds that exist between Liberia and Ghana would be strengthened even further in the coming years, assuring that Ghana, together with ECOWAS will do its best to ensure that the upcoming polls pass off peacefully, so that the will of the Liberian people upheld. 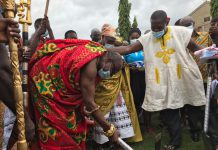 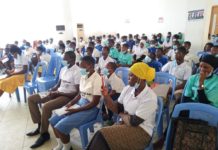