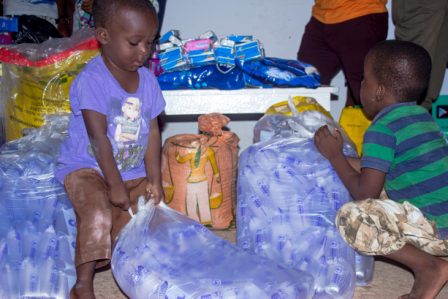 Dizway and Team, a German-based a non-governmental organisation brought smiles to the faces of the inmates at the Compassion Is Love In Action Children’s Home at Yawhima in Sunyani Municipality. 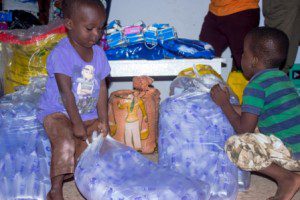 The inmates could not hide their joy when the NGO donated bags of rice, tins of Milo and milk, cooking oil, tubers of yam, varieties of non-alcoholic beverages, biscuits and other Christmas gifts to the Home.

Mr Kwaku Abrokwa, a local representative of the NGO indicated that the proper upbringing and development of the vulnerable in the society was a shared and collective responsibility.

He said with the support of everyone, the inmates could be trained to become national assets but not liabilities, and appealed to managers of the Home to love the inmates as their own children.

Mr Abrokwa who is the News Editor and a producer at Storm FM, a Sunyani-based radio station said he was optimistic that other wealthy people would also support towards the upkeep of the inmates.

He said the NGO would work to promote the well-being of the vulnerable in the society.

The Reverend Mrs Charlotte Osei Kwateng, the Founder of the Home thanked the donors for the gesture and expressed the hope of continuous support to the home by the NGO.

She said the home was established in 2006, and appealed for learning and reading materials and footwear for the inmates as well as a four-wheel drive pick-up vehicle to undertake official duties.